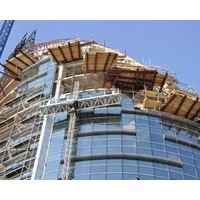 The blame for delayed, expensive and failed infrastructure projects is typically placed on contractors and project managers.

When project management consultancy the Caravel Group asked CEOs and senior managers what they thought the problem with project delivery was they got an unexpected answer.

“This isn’t me marking them,” Caravel Group director Paul Myers says. “Frankly, these people pointed the finger back at themselves. Project governance people, who participated at the survey, said their skills aren’t there. Instead, the approach has been to appoint so-called ‘stakeholders’.”

“Getting these answers has been a revelation,” Myers says. “We had 110 pages of commentary on people’s responses. They were absolutely impassioned. It obviously struck a chord.”

The responses revealed senior managers with experience in project management believed that project governance teams are too often filled with project ‘stakeholders’ to secure buy-in, rather than people with the proven ability to manage large projects. These people are often heavily conflicted and bear little responsibility for their project governance role.

“Some of the things people reported on were, frankly, a wide range of very poor behaviour. Some members of governance teams would fail to attend meetings, or unreasonably avoiding signing a document.”

“Why would they behave that way? Go to their position descriptions and how they get paid, and you have your answer.”

Corporate governance teams are rarely paid for their oversight of a project. This can mean they’re unwilling to take risks to their paycheck or career for making decisions that a project needs.

If project managers can’t get decisions out of their project governance team, or can’t get a hold of them, things can spiral out of control.

People can wonder why profit-maximising businesses would do this. But the interests of one business aren’t the same as another. That’s shown by how much money businesses waste suing each other over project delivery.

“The survey found that project success rates in Australia are on average in the range of 40-50%,” Myers says. “I don’t think people understand what it’s costing us in the community.”

Unfortunately, there are no easy solutions, as “the search for excellence in project governance has barely started”.

This should be a concern for all executives, Myers says.

Losing control of an infrastructure project can set a company back billions. It’s a cost CEOs and senior managers with experience in such projects know they can’t afford.

How project governance was measured

The research asked participants to rate themselves against nine criteria. These were: