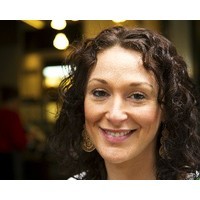 It takes guts to leave a prospering corporate law career to start your own business, but when Georgia Samuel was tired of looking for healthy, filling lunch options, she realised the only solution was to start her own business.

Samuel grappled with the idea of starting her own business before finally taking the plunge after six years as a corporate lawyer. But before totally letting go of her law career, Samuel’s husband convinced her to take a long holiday and see if it’s what she really wanted to do, when she was away from the stress and the pressure of the office.

After spending a few months in South America and Europe, Samuel spent most of her holiday planning the business. Two days before she was due to return to work, Samuel called her boss and said she was leaving to start a salad bar.

Understandably, her colleagues originally thought she was “nuts”, but they also recognised the value in her idea.

Samuel opened her first Famish’d store on Little Collins St in Melbourne in June 2010, and last year she opened her second CBD store.

The biggest challenge she encountered when starting the business was learning how to be her own boss.

“It’s not all that it’s cracked up to be. You work long hours, you don’t have the peers to bitch to about your boss and you don’t have anyone giving you accolades,” she says.

“At the start it’s very lonely and you don’t have anyone to bounce ideas off. You also have to learn how to get the staff to respect you without getting too close to them.”

One of her biggest mistakes early on was micromanaging, but when she had to take a break from the business to have kids, she realised she had to change her approach.

Now, Samuel has close relationships with her managers and has seen the business go from strength to strength.

The business is now turning over approximately $3 million and serves around 800 customers a day. SmartCompany spoke to Samuel about changing her management style, marketing tactics and running a business and a family.