How the CEOs of the ASX 100 use social media 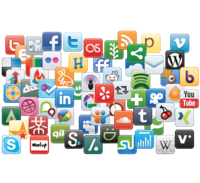 Those four are the only CEOs of ASX 100 companies on Twitter.

Their number might seem small, but in all honesty, it’s more than LeadingCompany expected to find.

We’ve read dozens of reports (and written one or two) about how CEOs are missing out on a huge opportunity to connect with customers, staff, suppliers and investors and, in the process, humanise their image through social media.

But we also understand why high-profile CEOs are reluctant to engage.

For one, the CEOs of large companies have more choices for communicating with the public than the leaders of smaller ones. Social media is great if you’re unknown, or in a disruptive industry. But if you’re regularly quoted in The Australian Financial Review and appearing on Sky Business, as the ASX 100 CEOs typically are, how much more do you need to boost your profile, or that of your company?

And social media, aside from the time commitment, is not without risks. For example, last Friday, former General Electric CEO Jack Welch used Twitter to express his scepticism about the latest jobs figures coming out of the US Labour Department, which were higher than economists expected.

“Unbelievable job numbers,” he tweeted. “These Chicago guys will do anything… [they] can’t debate so [they] change numbers.” His message spread around the Twittersphere. It wasn’t long before he was fronting American cable network MSNBC’s Hardball program. Host Chris Matthews did not take kindly to the suggestion that the Obama administration (the aforementioned “Chicago guys” who “can’t debate”) had tweaked the job numbers.

“It must be pretty embarrassing for you to do a tweet now, after the power that you used to have,” Matthews dug in. “What evidence do you have?”

“I have no evidence to prove that. I just raised the question,” Welch said, refusing to back down. “These numbers defy logic.”

When it comes to social media, it was a nightmare scenario. What would have been an edgy, biting comment among friends came off terribly when broadcast to millions.

Australia’s CEOs have taken to Twitter more cautiously. The four who have signed up have avoided any such scandal. But then again, of those four, three had fewer than 100 followers.

Twitter, Facebook and LinkedIn are frequently grouped together under the ‘social media’ umbrella, but they are fundamentally different. Our analysis focused on Twitter because it’s the most open of the social networks. Twitter is aimed at the outsider, while to follow someone on LinkedIn or Facebook, you generally need them to accept your request.

It’s possible that some of the CEOs mentioned have accounts under pseudonyms on Twitter, or have private, locked-up accounts on other social networks. But if it’s not clear it’s them, or it’s hard to connect, they’re not using social media to engage with the thousands who work for, invest with, and use their products, and thus aren’t using the uniquely ‘social’ aspects of new media.