How the option to do nothing can help get things done 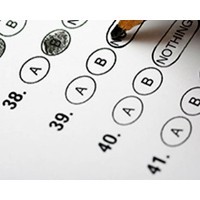 As makers of our own destiny, we like to think that our choices are endless. And if we stay on track, we believe we should accomplish our goals. However, the way we frame our choices can make a huge impact on how persistent we are on our chosen path.

Wharton marketing professor Rom Y Schrift and Jeffrey R Parker, a marketing professor at Georgia State University, figured out that introducing the option of doing absolutely nothing into a choice set will actually help us persevere to reach our objective. Their observations on the nuances of choice architecture are outlined in the forthcoming paper, Staying the course: the option of doing nothing and its impact on postchoice persistence, to be published in the journal Psychological Science.

“Individuals regularly face adversity in the pursuit of goals that require ongoing commitment,” the authors write. “Whether or not individuals persist in the face of adversity greatly affects the likelihood that they will achieve their goals. We argue that a seemingly minor change in the individual’s original choice set,” specifically, the addition of a no-choice or “do-nothing” alternative, will make people more tenacious about accomplishing their goals.

For example, let’s say someone is thinking about joining a gym. If the person is given the choice of joining Gym A or Gym B, he or she may pick Gym A as a preference, try it out and aim not to quit. But the researchers say if people were given the choice of Gym A, Gym B or not joining a gym at all, they may pick Gym A and be more likely to keep going simply because they were presented with an option of not joining at all. Knowing that you really wanted to join Gym A over not signing up for a membership anywhere makes you less likely to quit, they note.

Though it may sound like a small change, Schrift and Parker’s studies proved that given an additional option of doing absolutely nothing can make all the difference in the world. Having the choice of not doing something can actually transform people’s likelihood of accomplishing their goals.

“It sounds counterintuitive because we assume that the option of doing nothing reduces persistence,” Schrift points out. “However, if I choose something, I learn about my preferences. Just knowing that fact helps us persist longer when there’s adversity or hardship.”

According to the researchers, the paper shows that there is a technique to how choices can be presented in order to induce a desirable outcome. Whether it is workplace management, the healthcare arena or parenting, a subtle addition of a seemingly innocuous option can actually make someone want to do something even more. “The intuition is we don’t want to give them the option,” Parker notes. “‘Not doing whatever’ may sound like giving up. But what people decide for themselves is, ‘I didn’t have to do it and I decided to do it, so I’ll stick with it for a longer period of time.’”

Schrift cites the example of soda preference. “If I choose Coke over Sprite, I decide I like Coke better,” he says. “I learned from my choices what my attitude and preferences are. If I had a choice between Coke, Sprite or nothing, I would still choose Coke, but I’m learning another thing about myself: I really like Coke because I didn’t have to choose anything. That’s the fundamental mechanism of the effect we’re reporting on in this paper.”

In order to test whether a third, possibly unappealing, option would change the persistence level, a choice C was added where people could search for the names of ballet dancers. People were still more tenacious when they had the choice to do nothing, the researchers write.

In the second study, subjects were asked to calculate a point value for words, much like a Scrabble game. After each word, people were asked if they wanted to go for the next word or quit. Again, they were randomly selected for three conditions. The first two were like the ones in study 1: Participants could choose between choice A and choice B, or choose between choice A, choice B or doing nothing. The last scenario asked people whether they wanted to participate or not, and, if they did, asked them to select between choice A or choice B. Interestingly, presenting the option of doing nothing before the choice between A and B did not make participants perform better, the researchers note.

“To increase persistence, one should directly vet [his or her] chosen path against the no-choice option of doing nothing,” Schrift says. “Just the fact that it was there meant they completed more tasks, they were more accurate and [they] increased their monetary gains.”

The third study once again involved participants in three conditions. This time, the experiment was centred on a find-the-differences-in-the-pictures game that included a dummy task and a target task. Subjects weren’t told how many differences there were in the pictures in the target task. The researchers found persistence only affected the target task, not the dummy one. In addition, the scenario with a do-nothing option won out in terms of persistence and performance. “We wanted to show that a no-choice option helps persistence in only the specific tasks,” Schrift notes.

What is so novel about this finding, Schrift says, is that people can learn to bolster goal attainment simply by considering the option of not doing it at all. It’s nuanced and a bit counterintuitive, he adds, but the research presents a powerful learning mechanism that can be applied in all sorts of realms.

“Sticking to a diet, completing drug regimens, regularly visiting the gym and working through personal or professional challenges are all instances in which persisting is beneficial and important,” the authors write. “Using the right incentive structures, one can drastically reduce or eliminate the tendency of opting out, while maintaining the positive impact that affording no-choice options has on persistence.” Schrift and Parker add that the do-nothing option must be presented alongside the other possible choices up-front in order for the salient persistence to take effect.

The authors suggest that, to keep people on target to achieve their goals, managers or policymakers could send out reminders along the lines of, “Hey, you wanted to do this in the first place when you could have done nothing at all.” In terms of getting people to the point where a particular behaviour becomes ingrained, it might help to remind them that the path they are currently taking was something they chose, the researchers note.

According to Schrift, statistics show that “the highest rate of attrition for gym attendance occurs in the first month of enrolment. A no-choice option can help them ‘cross the Rubicon’,” he says. “Once they cross that point, then it becomes habitual and they keep going.”