How to become the CEO of your career 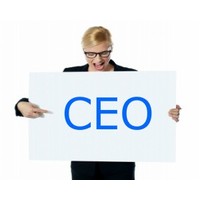 Women who seek leadership roles in business often face the prospect, whether real or perceived, of having to choose between nurturing their careers or building a robust family and personal life. The publication in March of Lean In: Women, Work and the Will to Lead, by Sheryl Sandberg, Facebook’s chief operating officer, inspired a renewed debate about feminism. It suggested in a strong, if controversial, fashion that women can have it all.

The confidence and authority that are required of leaders play a role in making choices about how to integrate work and other aspects of life, participants said at a panel titled ‘How to be the champion of your own career’ at the recent Wharton Women in Business conference. Moderated by Arnold J. Rosoff, an emeritus professor of legal studies and business ethics at Wharton, the five-person panel was one of the conference’s first ever to include both men and women.

Early in the discussion, J.J. Cutler, executive vice president of Aramark, invoked the title of the panel and sought to broaden the subject. “I would be very thoughtful about how you define ‘career,’” he said. “Instead of thinking about being a champion of a career, I’d think about just being a champion of your life. In particular, I would be very thoughtful — and it will change over time — about what role you want work and career to play in your overall life.

Picking the right partner, Cutler said, is “super important.” He noted that Sandberg may have raised fewer eyebrows than a man would have in choosing to discuss the role of a romantic partner in a businesswoman’s career. “The people I’ve observed who are happy, successful [and] fulfilled, oftentimes … [have someone] outside of work who, when good stuff happens, the good stuff is a lot better, and when bad stuff happens, you’ve got someone there who can help you deal with it,” he stated. “And there will be both. Of all the stuff in Lean In, I actually think that resonates the most.”

Indeed, Erica Nemser, who leads McKinsey & Company’s global efforts to recruit, retain, promote and elect women within the firm, described her marriage as “a joint venture.”

“In that, too, the roles are going back and forth,” she said. “I have three kids – one is about to graduate high school and two are in elementary school. And who has been the primary breadwinner and who has been the primary caregiver, well, that has probably changed a half-dozen times. My husband’s an entrepreneur; I’m very clearly not. So the whole dynamic evolves over time.”

Sandra Lee, chief operating officer of sales in the Americas for the Bloomberg Professional service, stressed the importance of being open to rethinking the structure of one’s relationship.

“You’re going to probably be drawn to people who are driven just like you and have high-pressure jobs, with the stress and all the other things that go with it,” Lee noted. “And like anything else in life, you have to figure out: is this the most important thing to me? Am I really going to draw a line in the sand today and say, ‘If we don’t do it my way, …?’ Because that’s the whole management principle – every time you draw a line, somebody is going to push back. You have to think about how to be flexible, how to be open-minded and how to be solution-oriented to figure out how it will work.”