How to boost your career on Cup day 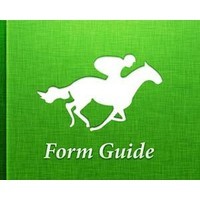 It also means networking via internal work functions, special client events or even among your like-minded friends.

Or, if you live in Victoria, it means the day off – in which case, go and enjoy it.

For everyone else, Cup day can provide an excellent and easy opportunity to get talking to the right people and make some meaningful connections.

It helps that there’s a common and national focus: the race. That makes for a simple conversation-starter and a straightforward way to break the ice.

But, if you’re like me and couldn’t give two hoots about horses running around a track (and don’t much like the fact they’re being flogged in the process) you may need to do some preparation.

It’s not too late. For those who don’t know all that much, start with the below.

Learn one line about some of the key horses, such as:

Dunaden: The defending French champion’s a little heavier this year, but all the more stylish this time round. Showed winning form in the Caulfield Cup.

Americain: The 2012 favourite. Had some trouble with the shoes, but back, confident and in 2010 winning cup form with Damien Oliver in the saddle.

Mount Athos: The Brits are more excited to see this horse on Australian soil than they are about seeing Charles and Camilla here.

Maluckyday: 2010’s second place-getter is flying the green and gold among the internationals. Can he outclass the French?

Know the names of the local frontrunners and back one of them verbally.

There are two key ones to watch: Maluckday and Ethiopia.

Get the latest racing gossip
Fairfax has done the hard work here. Its front-page story today in Sydney and Melbourne claims that Americain jockey Damien Oliver admitted to friends that he bet $10,000 on a horse he was riding against in a race.
And check out James Thomson’s Melbourne Cup form guide – where the owner’s form is just as important as the horse’s.

Consider this: if you had $10 would you spend it on the Melbourne Cup or Oz Lotto’s $100 million jackpot? Check out Sally Rope’s story on the ABC.

And have fun. If you must bet, bet sensibly.