All hail the price mechanism for your next app 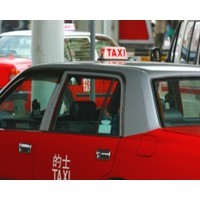 Most people use a multitude of website, tablet and smartphone apps for free. Three in four readers of this column will probably use what a friend of mine calls ‘Facebook for suits’, or LinkedIn, for free. Email, Skype and Viber, search engines, instant messaging and YouTube are further examples – the list goes on and on.

Businesses call this ‘leaving money on the table’. Economists call it ‘the consumer surplus’.

A couple of years back, McKinsey surveyed 4500 web users across Europe and the US in an attempt to quantify the size of the internet’s consumer surplus. They asked them what they would be prepared to pay for various online activities that they were currently receiving for free. The figure they landed on was a staggering €100 billion!

That’s a lot of euro and dollars being left on the table. But that’s unlikely to be the case with a couple of Chinese apps to ‘e-hail’ a taxi, a space that is currently getting very crowded and competitive here in Australia.

No matter which way you look at it, these apps provide value to taxi drivers, whether it’s by increasing their revenue (more fares), reducing the costs associated with driving around looking for a fare, and by facilitating the payment of the fare, they also minimise risk.

But the two Chinese apps do something very clever. They recognise that each passenger’s need for a taxi differs, and so does their willingness to pay for it. So when they are e-hailing their cab, passengers can specify that they are willing to wait 10 or 30 minutes in return for a RMB5, RMB10 or RMB20 tip.

So not only are these apps a win-win solution for the taxi driver. The passenger wins as well, as the apps makes clever use of the price mechanism to discover who is prepared to pay more. Less money is being left on the table. The consumer surplus is being minimised. All this in a country where tipping taxi drivers is not common practice.

This clever use of the price mechanism, which has applications beyond just taxi services, has attracted the attention of the two Chinese internet giants: Baidu in the case of Didi Dache, and Alibaba in the case of Kuadi Dache. So perhaps James Packer’s interest in local taxi app company goCatch isn’t that much of a surprise after all?