Yahoo ex-CEO’s new job: How to recover from a career body-blow 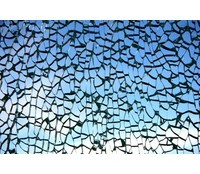 It’s a step down, but at least it’s something.

The former CEO of Yahoo, Scott Thompson, was yesterday announced as the new CEO of ShopRunner, a start-up that provides two-day shipping for goods from many of America’s biggest stores.

Thompson, who has cancer, was recently forced to step down as CEO of internet giant Yahoo when a shareholder revealed he did not have the university degree (in computer science) listed on his work biography. Thompson, a co-founder of PayPal, has tertiary qualifications in accounting.

Though Yahoo at the time said the discovery was of little consequence, Thompson’s position rapidly became untenable. Many had already questioned his suitability for the top role at the search company as he had little experience in advertising or media – the two areas from which Yahoo derives its income. ShopRunner appears to be a company at a better stage of growth to gel with his area of expertise.

How can other executives salvage a career from the ashes?

Thompson did the right thing by refocussing on what he does best, according to Brian Gardner, the managing director of career strategists The Donington Group.

“A clear sense of ‘who am I’ is critical [to a comeback],” he told LeadingCompany today. “It’s possible the ‘ideal’ role isn’t available anymore but a role that takes a step towards that… is a good start.”

Can all executives salvage their careers after a public disaster?

It depends on the severity of the disaster, says Nick Waterworth, the managing partner of executive recruiter Watermark Search International.

“At the extreme end, if you’ve committed a corporate crime, like embezzlement, or fixing the books, that’s hard or impossible to recover from,” he says. “And with good reason.”

“If it’s less severe, you can recover, especially if you can get on the front foot and concede what happened.”

Your failures may be a strength

Waterworth has developed four key points he thinks executives should keep in mind in such situations.

In the current economic climate, lots of companies are finding it difficult to grow, he points out. This creates opportunities for executives to use career setbacks as positives.

“We’ve had quite a number of instances where clients have been looking for senior executives whose careers haven’t been beds of roses… they’re interested in people who’ve had a setback, who’ve had things go wrong and presided over difficult times, because that’s the corporate norm.

“Don’t be embarrassed about it… it’s possible in many situations to get on the front foot.”

Regardless, that may be more difficult to do in Australia than in many other countries.

“I don’t think we’re very forgiving here,” Waterworth says. He gives the example of business owners who choose to go back into corporate roles. Often, they find it very hard to convince companies to give them a go. “It’s easy in the United States – they think it’s a good thing. But here, we think ‘They must be a failure.’

“But definitely don’t assume the worst. If something goes astray within a career, don’t write it off.”

To lie low or to stay in sight?

Waterworth explains that those who successfully make a career transition from such circumstances usually don’t simply ‘vanish’.

“If something goes astray within your career, don’t write it off and flee the country, or buy a small business in Byron Bay.”

Executives who disappear can be seen as admitting their guilt, and as being no longer interested in a high-responsibility executive career.

Gardner says executives have to actively plan the next step in their career, but in very high-profile situations, it might make sense to lie low for a few months before starting the process. “Specifically in a situation like Yahoo, with a really high-profile person, normally they would have the financial resources to tide them over,” Gardner says.

Waterworth’s next step is for executives to be open to advice about how best to reposition themselves.

“They should do this to help rebuild their confidence,” he says.

Senior executives are usually fairly confident people, which can make them less open to seeking help. Waterworth however says it’s important in such situations. “If you’re offered outplacement support, you should take it up.”

To decide on your next steps, Gardner says working with a career strategist is critical. “You can’t do it alone, or with friends as they can be too close and biased.”

Be prepared for awkward questions

“The absolute no-no is to assume that [questions about your past job] won’t come up. They will in the early stages, especially from headhunters,” Waterworth says.

“Each individual in these situations needs to come up with their answers that are truthful, plausible, and that work for them.”