How to silence your inner critic 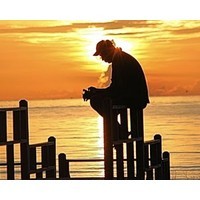 US comedian Jerry Seinfeld says he was amazed that in surveys most people frequently rank their fear of public speaking above their fear of death. As the internationally lauded stand-up performer wryly points out in his punchline, that means the average person at a funeral would rather be in the casket than standing before the crowd while delivering the eulogy.

To Seinfeld and his audiences that’s funny. Executives, in particular, might have an even finer appreciation of his black humour given a career in management or climbing the executive ranks inevitably involves fronting the crowd. The need to speak informatively, entertainingly and confidently has given rise to a stream of courses on how to become an effective public speaker – many run by actors.

“Even 30 years ago, business executives would have found the idea of actors teaching them anything hilarious,” suggests Peter Fisher, a co-facilitator of the Leading from Within program at the Australian Graduate School of Management (AGSM). Fisher worked as an actor for 18 years, and now teaches personal leadership, development impact, influence and communication to executives across the private and public sectors.

Author Daniel Goleman’s work on emotional intelligence in the 1990s triggered a realisation of the importance of “soft skills” in business, Fisher reflects. “Goleman wrote that what differentiated the highest performing executives was their ability to influence people, and therefore build trust and relationships – whether that be with customers, direct reports or peers.” Fisher defines influence as the ability to create a shift in the way that people think, feel and behave. “When it comes to public speaking, executives need to get a better understanding of this. It’s not just words that motivate people; it’s feelings too.”

Fisher believes the ability of executives to “think on their feet” is a key factor in public-speaking success. “I use ‘corporate storytelling’ and the use of stories and metaphors to get strategic messages across,” he says. “There’s something very profound when executives start telling ‘why I do what I do’ stories. We get a stronger sense of their values and beliefs, and the more you communicate purpose, the more you build trust and, therefore, relationships. If speakers begin with a personal story, they forget their nerves and engage us very quickly.”

There’s nothing new in the need for great managers to be great communicators, says Shawn Ket, national client strategy manager and Queensland general manager of consulting for workforce advisory and management consultants Chandler Macleod. “But in the communications and information age, everyone is expecting high-quality communications instantaneously,” Ket points out. For executives, public speaking is now simply a requirement of the job – anyone from a general manager upwards is frequently asked to speak at events, both internal and external to their organisation. “The nature of work is changing rapidly, and these changes need to be communicated successfully.”

Ket sees a lack of public speaking skills as a barrier to a lot of emerging leaders, with shyness or a “reluctance to get up on their feet” holding people back. “I also see the flipside, with people who are very confident, but like the sound of their own voices, but don’t actually have much to say. Most people would rather hear from someone who has something compelling to say, even if their delivery isn’t so good.”

A successful public speaker has to develop their own style, and be “comfortable in their own skin”, insists Ket. Anecdotes and humour are important, as is research and knowing your audience. “It’s about having respect for the people you’re talking to.”

However, it’s not necessary to be a “rock star” entrepreneur, like Richard Branson or the late Steve Jobs, in order to motivate a workforce. Different styles can be effective as well, according to Ket. He cites the example of Westpac CEO Gail Kelly, whose persona is much more humble, and yet, he believes, every bit as inspirational. “Charismatic leaders are valuable, of course, but can bring their own problems. We are seeing this with the death of Steve Jobs, and the uncertainties of the future of Apple.”

The National Institute of Dramatic Art (NIDA) has been teaching public speaking and presenting skills to executives for 15 years. Thousands of people pass through these courses annually, not just from the corporate world, but also from government, universities and small businesses.

“Many core acting skills, such as vocal technique, physical presence and the ability to affect and change your audience, can be adapted to a business context,” says Sean Hall, corporate course manager at NIDA. “Some people have a natural ability to do this – a lot of it is about confidence, and understanding what the audience wants.” But even with natural ability, it needs to be refined to include important communication techniques, including eye contact and physical presence.

One secret that the acting world is sharing with the world of business is intercostal diaphragmatic breathing – “a breath that’s making contact with a deeper part of their body”, says Hall. “If you have a shallow breath, you’re getting less oxygen to the brain. A deeper breath calms you down, slows the heartbeat, and helps you remember what you’re saying. Importantly, it centres you and brings you into the moment, so you don’t worry about what happened before, or what happens next.”

Hall’s star performers in the world of public speaking include NSW premier Barry O’Farrell – “cool, funny, personable, succinct, and relaxed, even live in a media throng” – and senator Penny Wong. “I’ve seen her drilled on shows like (ABC TV’s) Lateline, and she doesn’t budge. But the guy who takes the cake is Barack Obama – he’s almost flawless. He has such great gravitas, everything seems important, and there’s a genuine charm there. Clearly, he believes in what he’s saying.”