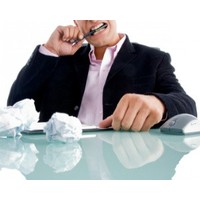 Significant and disturbing levels of psychological distress exist within executive populations, according to Travis Kemp, a Sydney-based coaching psychologist. From a quasi-randomised convenience sample of 132 leaders, Kemp, managing director and chief psychologist of The Teleran Group, and fellow researcher Suzy Green, from the Positive Psychology Institute, discovered that 37.9% of subjects had “caseness” – that is, they showed symptoms that may be consistent with depression, anxiety, somatisation, phobia or paranoia.

A gender breakdown of the data revealed that this applied to 39% of male executives and 36% of female executives, with the men recording higher scores on hostility, depression and psychoticism (an increased vulnerability to psychosis), while women came in higher on the anxiety scale.

However, what was most confronting about the results was the prevalence of mental health issues within the executive population – not only is it much higher than previously thought, but the results showed it’s more than double that of the general population. And, in specifically “high-stress” and potentially “low personal-interest” fields, such as medicine and law, the levels are up to four times those recorded for the general populace.

“The study came about after we noticed some executives in our coaching programs were demonstrating elevated levels on certain personality and mood disorder factors,” Kemp says. “Behaviours associated with mood disorders are depression and anxiety. Traits based on personality disorders, including narcissism and borderline personality, are revealed in the instability of moods and level of wellbeing.”

The researchers asked what likely symptoms would come from high-stress environments. “The obvious answer is elevated levels of depression and anxiety,” notes Kemp. “Outside of that you probably wouldn’t expect anything different from the normal population. But what we found was that the level of anxiety and depression – while high – was not abnormally high. But the prevalence of personality-based issues was much higher than expected.”

“With many expectations placed upon them, senior executives are under great pressure,” states Tony Grant, director of Coaching Psychology at the University of Sydney and adjunct lecturer for AGSM Executive Programs at the Australian School of Business. “Executives work very hard, long hours, they have numerous stakeholders to satisfy and the work they do is frequently at odds with their personal values and beliefs. They sacrifice their personal relationships with their partners and children – and even with themselves – in the pursuit of organisational excellence. And they have to deal with a lot of difficult people on a daily basis while chasing multiple, competing goals. No wonder they get very stressed!”

Leadership attracts a specific type of person, notes Grant. Typically, they are driven perfectionists who have an urge to do very well and to prove themselves. For senior executives, often the high-performance aspect is more important than the money they make and, to a large extent, they love their work, he says. “But we can be in love with things that aren’t good for us. We make compromises and sacrifices in the pursuit of goals, then one day we wake up and realise this is not where we want to be.”

Organisations often want people to become a certain type of personality – and that’s fine for a while, suggests Grant. But consistent demands to be someone else in the working environment are rarely constructive. “Ideally, organisations should be trying to bring out the best in people, but if they’re manufacturing corporate clones who don’t reflect the individual’s nature or values, then this will be stressful.”

How can organisations develop more humane working environments? In Grant’s view, organisations need to reconsider what constitutes high performance in the workplace. “[Because] working on a difficult, angst-ridden treadmill in a dysfunctional environment can cause over-aggressive behaviours, bullying and depression. It’s not pleasant for the stressed-out executives or for those who work for them,” he points out.

Grant believes a major part of the solution involves having better conversations with one another about the issues of bullying, intimidation and fear-based performance as they arise.
“Toxic workplaces are usually led by toxic individuals. There is no magic cure, but honesty goes a long way towards moving forward,” he says. Training in stress management, personal resilience and lifestyle management should be an educational imperative – and “perhaps a core unit of their university degrees, particularly for those entering high-stress professions”, argues Grant.

Calling in the coach

However, it’s not only stressed executives who require extra training to tackle the pressure and overload that results in their negative and disturbed behaviours. The study also indicates that further psychological training may be required for executive coaches to enable them to both recognise the symptoms of mental instability and, when necessary, refer an executive to a specialist psychologist.

The new evidence of executive dysfunction highlights the inadequacy of current support mechanisms, argues Malcolm Dunn, director of Executive Development Services within AGSM Executive Programs. Australia’s coaching industry may be burgeoning as senior executives and managers seek support, but – as a whole – the industry does not demand official accreditation or specify across-the-board training.

Australia’s coaching industry is currently tackling the issue of industry standards. For two years a Standards Australia working party, comprising key stakeholders, has been developing guidelines for coaching in organisations, which will be published in May. These cover the expectation that coaches should be knowledgeable enough in the field of mental illness to recognise and refer those who need help. One of the stakeholders was John Raymond, president of the International Coach Federation Australasia (ICF), the largest professional association for coaches in Australia. “My opinion is that coaches should be skilled in such matters – not in the treatment, but definitely in the recognition and referral of mental illnesses,” he says. The ICF is now offering professional development sessions to upskill members in this area.

On distress scales, research shows that lawyers suffer four times more than the general population and doctors three times more, Dunn points out. “While technically trained to master their skills, psychological training or guidance in resilience and human interaction for those working in these high-pressure professions is currently lacking,” he says.

And the reasons for finding new ways to address the relationship between stress and dysfunction for high achievers do not stop there. “In some instances, these high-achieving individuals are egotistical and insecure people who do not have a strong sense of self and whose success at work has been defined by others,” Dunn notes.

At a lecture by a leading brain surgeon, Dunn was surprised to learn that 30% of surgical interns, even after many years of study, did not want to be surgeons. Evidence suggests their career choices may be driven by the ambitions of parents and concerns for social status, Dunn says. “They may be doing it to please somebody else rather than doing what they want,” he concludes, arguing that this suggests a need for a psychological unwinding of “family-of-origin”, “fabric-driven” behaviours in some cases. “Imagine the stress and lack of satisfaction for those in a career that demands nothing but the highest performance, but that they never cared for in the first place,” he says.

Dunn is embarking on research into the effectiveness of coaching-based leadership interventions to help executives address this problem. Coaches may play an integral role in recognising the symptoms of psychological dysfunction and, ultimately, in helping executives and other professionals sustain the changes required to overcome these, he believes.

“There comes a time when leaders need to extract themselves from their organisations, to take time to think about things deeply. But this needs to be done with support to achieve a sustained change in the individual so that he or she can deal more effectively with workplace pressures and return with new ideas.”