How to tell if you’re suffering from CEO disease 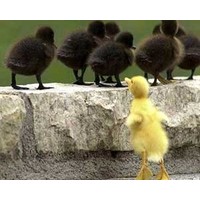 For those unfamiliar with the term, CEO disease is the information vacuum around a leader created when people withhold important (and usually unpleasant) information. It leaves the leader out of touch and out of tune. The natural isolation of the leader and the eagerness of subordinates to bring good news are the two natural causes of CEO disease.

The classic example is when subordinates put nothing but good news onto the CEO’s desk.

Meanwhile, market share is eroding, key personnel are leaving, the sales spike was caused by a one-off event and front-line people are treating customers poorly.

One trait of successful CEOs is an understated cynicism with regard to good news and careful questioning of data and reports. Another trait of successful leaders is that they realise that they have more trouble than anybody else when it comes to receiving candid feedback, particularly about how they’re doing as leaders. Of course, all leaders will say that true loyalty is based on free discussion, and really loyal people will tell their ruler what they really think and feel. Unfortunately few CEOs have the emotional intelligence to practise what they preach.

Telling the truth to power has never been easy. Some CEOs isolate themselves from bad news by punishing the people who bring it to them. Others throw tantrums and tirades. One suspects, given the video evidence, that the former prime minister, Kevin Rudd, was guilty of this behaviour. The result is that, all too often, those who attempt to tell truth to power suffer badly.

To be successful as a leader you need to be articulate and forceful. When you make a decision you need to be able to both defend it and not change it, otherwise you will be perceived as inconsistent and weak. In the EQ model that I use, the Humm-Wadsworth, I maintain leaders need to be driven by the desire to win and have a strong “politician” component.

Unfortunately, such people often analyse situations in terms of the politics, not the truth or reason. Emotions can become so strong that it is often impossible to have a rational exchange of ideas and their reaction is to attack someone.

The contrast between our current Labor leadership and the former Coalition leader, John Howard, is instructive in understanding how to cure CEO disease.

One of the key roles of the media is to tell truth to power. What has the Labor leadership done? It is has set up a media inquiry to in an attempt to suppress contrary views.

The contrast with Howard could not be starker. I remember an interview several years after his defeat when an ABC reporter asked him why, when he supported an emission trading scheme as prime minister, he did not support one now? His answer was telling.

First he said that since the climate summit in Copenhagen in 2009, it was obvious that there was no way that the three biggest polluters, despite lip service, were going to introduce carbon taxing or pricing policies. Secondly, since he first supported the ETS, the science is far less settled and there were many countervailing views.

Accordingly, the best policy now for Australia, as a small economy, would be to wait.