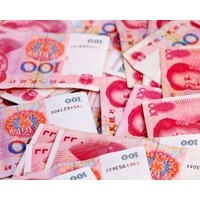 For more than 14 years, the Hurun Report has chronicled China’s wealthiest.

In 1999, when Rupert Hoogewerf, a chartered accountant, founded his China rich list as the annual flagship of his luxury magazine, there was relatively little wealth to speak of. China had no billionaires a decade ago. A year ago, there were 64.

The report is a picture of staggering wealth, growing at unprecedented speeds.

As Hoogewerf himself put it when launching the report last week, “strong performances in real estate and IT have driven China’s richest to new records. China’s richest seem to have defied gravity this year, overcoming a slowdown in the economy and a poor stock market to hit new heights.”

The richest man in China, Wang Jianlin, more than doubled his wealth last year to $US22 billion.

This is disputed by Forbes, who only last week pegged him at $14 billion. But there’s no denying he’s had a fabulous year. A property tycoon, the Hurun Report estimates Wang now owns 17 million square miles through his conglomerate, Dalian Wanda Group. The company is expected to make revenues of $US29 billion this year through its activities in retail, real estate, hotels, entertainment and tourism.

Wang isn’t the only one to have done well for himself. The entire top-five names on the Hurun Report doubled their wealth last year. Together, they’re as rich as Bill Gates, who recently regained his title as the richest man in the world.

The wealth of the rich list rose 21% on the previous year, despite the Shanghai Stock Exchange having dropped 1.7%. The cut-off to make the top 1000 richest in China was $US325 million, up 12% on last year.

In increasingly urbanised China, land has emerged as the key path to riches, knocking out manufacturing as the leading source of wealth for the names on the Hurun Report. For the first time, one in four made their money in real estate. In the top 10, that figure was 50%.

The top 10 also shows evidence of the rise of a consumption economy, which has delivered billions to the entrepreneurs looking to capitalise on it.

Two of the top 10, Zong Qinghou and Yan Bin, made their fortune in drinks. Yan owns the Chinese rights for Red Bull, whose sales surged 40% last year, while Zong is the owner of unlisted Wahaha, which is best known for its bottled water.

Pony Ma Huateng, who at 42 was the youngest billionaire to make the top 10, owns 10% of Tencent, a telecomm who owns text and voice messaging social network weixin. Number six, Li Yanhong, made his $US8.1 billion in web-services company Baidu.

Overall, 23.5% of China’s richest made their money in real estate, eclipsing manufacturing, which only contributed 20.3% of the rich list this year.

Financial titans made up 9.6% of the list, followed by IT billionaires at 7%. Other leading sources of wealth were pharmaceuticals, natural resources, apparel, iron and steel, and retail.

The Hurun Report is a clear sign of China’s growing clout – the magazine reckons China now has more billionaires than America (again, this is disputed by Forbes).

But not all is as in the West. In the nominally communist country, extreme wealth can be dangerous to those who hold it. Many of the names on last year’s Hurun Report are now under investigation by authorities.

This is not uncommon. Last year, a paper by three Chinese academics tracked the peril that plagued the fortunes of Chinese millionaires after having their details published on the Hurun rich list.

“We find that, when the rich list is announced, investors react negatively to the companies controlled by the rich list entrepreneurs,” the researchers wrote. “In addition, the market values of these companies drop significantly in the following three years, which indicates that investors perceive inclusion in the rich list as a form of bad news.

“Second, under public pressure, the government tends to scrutinise the rich list entrepreneurs and their affiliated companies more closely.

“We also find that, after being included on the list, entrepreneurs are far more likely to be investigated, arrested and charged compared to other private entrepreneurs.”

For China’s newest billionaires, this makes the report a mixed blessing.