Is dressing like your boss a good career move? 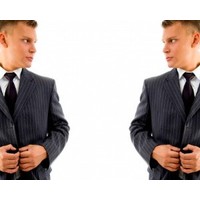 Most of us recognise that what we wear to work can impact the way our colleagues perceive us. When it comes to impressing a boss, however, it seems ‘imitating’ will have more impact than merely ‘impressing’.

A new study, commissioned by British retailer Debenhams, has found that managers favour employees who mirror the way they dress. More than two-thirds of managers admitted they had a ‘heightened awareness’ of staff with a similar style to themselves.

Industrial and organisational psychologist Linda Dalton agrees that dressing like your boss can improve your career progression. “Contrary to popular opinion opposites do not attract – we prefer people who are similar to ourselves,” Dalton explains. “As an employee, one of your aims is to fit in and part of fitting in is to look the part.”

However Dalton cautions against blindly copying the way your boss dresses. She says it is important not to become disingenuous and stray too far from your own style. “Deceptions are very difficult to maintain, especially now with photos being shared on social media,” she says.

A senior academic programs officer at a leading university admits that she has consciously tried to emulate her boss’ style. “Mirroring types of speech, body language and indeed style are solid methods for building rapport and increasing understanding,” she says.

“The way you dress can say a lot about you and your superiors will pick up on these messages. Attention to detail, dedication and how much you care about your job are all items that can be demonstrated in the way you dress.”

In contrast, popular blogger and government tender writer Zoey Martin says that while she tried to respect the dress code of her organisation, dressing like her boss would have been a “jarring” experience for them both. “I think mirroring a particular style is somewhat contrived and will not develop genuine rapport,” Martin says. “In any workplace, nothing develops good relationships like hard work, being reliable and meeting the goals set for you.”

The director of Hays Jane McNeill agrees. “If you are looking for a promotion at work, our advice is to take responsibility for your own career development and growth,” McNeill says. This way, you are more likely to secure a promotion and get your career to where you want it to be. So set yourself career goals and know what steps you need to undertake to work towards achieving them.

McNeill suggests putting yourself forward for additional responsibilities such as chairing meetings or managing a project. “Employers value team players, but more importantly, by taking on the additional duties in the area you’d like to be promoted into, you are proving yourself capable of performing the job function to which you aspire.” she explains.

“Of course you should dress in accordance with the company’s dress code,” McNeill says. “But ultimately it is your performance in the role that will determine whether or not you deserve a promotion.”