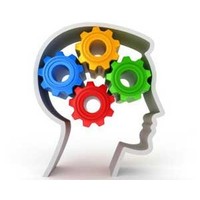 One of the most popular models of emotional intelligence is the Emotional Blueprint model of Mayer-Salovey, who first coined the term in the early 1990s.  To those unfamiliar with this model, the underlying principles are as follows:

I went to Amazon.com and discovered there were 38 reviews of the book.  Nineteen were favourable and gave it five stars, while 14 gave it one star with comments like “utter rubbish”.  Talk about manic-depressive: I don’t think I have ever seen such a bipolar distribution. Somewhat relieved to find myself in step with half the management population, I wondered: why does this book fail?

Firstly, while I totally agree with the underlying principles, I disagree with the concept that there is a separate intelligence called Emotional Intelligence.  The theory of multiple intelligences was first proposed by Gardiner in 1983.  While widely adopted by educators, the theory has been widely criticised by the experimental psychologists who argue that the model is based on Gardiner’s intuition rather than empirical data.  Indeed Gardiner himself has stated there have been no validating studies and he would be delighted for such evidence to emerge.

I agree with the title of Caruso-Salovey’s book, Emotional Intelligence is a skill that can be developed through training and experience – just like learning to play golf.  EQ is not an innate talent.

Yes, there are some people who are born with the talent to better read and control their emotions. Nevertheless, you can improve your emotional intelligence.  Emotional Intelligence is unfortunately a misnomer.

General intelligence (known as ‘the g factor’) is what you are born with and effectively immutable; people obtain similar results 20 years later on IQ tests.  However, as I will demonstrate in further blogs, people can learn to identify the hidden core emotions in themselves and others and so achieve self- and social mastery.