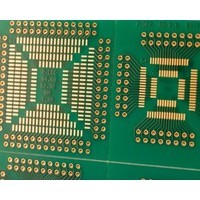 At first it was organising and selling user-generated content and data, now it seems “they” don’t even need you.

What if there was a company that scraped the web and mapped your connections, showing you how many “degrees of separation” you were from other power players in your industry? Key decision-makers? Policy makers? Unlike Facebook and Linkedin, it doesn’t require any input from you – as your data is already out there.

And to see these connections, it would cost say $3000 a year. You could type in “James Packer” and the search engine would scan for people you know and who also know James Packer, mapping secondary or tertiary connections.

It will then tell you how you are connected, maybe through friends or boards or organisations and even grade the quality of those connections (strong, average or weak).

And it’s already here according to an article in The New York Times by Andrew Ross Sorkin. It seems this is another technology that will be in play in the “reputation economy”.

Neil Goldman is the founder of the start-up Relationship Science that is focusing on mapping the corporate elite of America. As Goldman comments in Sorkin’s NYT article: “We live in a service economy… building relationships is the most important part for selling and growing.” Yet, there are limits, says Mr Goldman; while the technology provides the map, you still need the “art” of relationship building.

The way this technology provides a map of network ties, relates to classic sociological ideas about networks; ideas that are increasingly important to articulate in entrepreneurship education. Beyond widely understood notions of six degrees of separation, sociologist Professor Mark Granovetter coined the now classic phrase “the strength of weak ties”.

This refers to the value that comes from having access and connections to many diverse groups of people. These ties, while weak or casual, are indispensable for entrepreneurs in identifying opportunities, gathering knowledge across multiple industries or multiple levels in an organisation, creating and recognising market trends, and hopefully positioning yourself as a broker between these diverse groups.

This is important in our understandings of the entrepreneurial process as most new ideas don’t come from the strike of a lightning bolt, they are often borrowed, adapted, transplanted from one industry or sector to another. What might seem old fashioned in one industry is breakthrough in another.

In addition to thinking more instrumentally about entrepreneurial networks (and your position in them), the issue then becomes the social skills you have to build meaningful relationships – both online and offline. And this isn’t just about personality. Sure, if you have a bit of charisma it might be less awkward in social settings.

However, Professor of Psychology, Robert Cialdini, has written extensively on the universal laws of persuasion, assembling much data to unpack the science of persuasion. He has identified principles of persuasion that hold across social settings, industries and cultures – such as reciprocity, commitment, social proof, liking, authority and scarcity. Importantly, these skills can be learnt and applied by anyone, regardless of personality.

So understanding the sociological and psychological underpinnings of networks and (some) social skills are helpful in navigating the reputation economy. But perhaps the implications of working and succeeding in the reputation economy need to backgrounded against bigger questions: Who owns our online reputation? How will we, as individuals and organisations, create, curate, manage and recreate our online reputations and digital history? What startups will emerge offering such services? Who will you trust? What happens when two years of your online activity is stored and captured?

These concerns don’t emanate only from observing the likes of new start-ups such as Relationship Science that is building profiles and dossiers, but the actions of our own government. According to Sir Tim Berners-Lee, such storing and recording of data is the equivalent of dynamite.

While at the moment it may seem novel to create reputation measures and to ask for these in job applications, the data that can be amassed – by a range of parties – positions the reputation economy at a centre of issues such as identity, privacy, security and ultimately freedom (to change).

Be alert and possibly alarmed at what will be required to be successful in the (digital and historically archived) reputation economy.

Danielle Logue is a lecturer in strategy & innovation at University of Technology, Sydney.