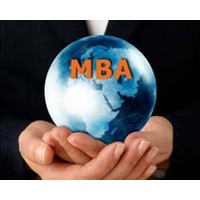 Only 20 ASX100 companies are led by a CEO who holds a Masters of Business Administration degree, a LeadingCompany investigation has found.

The figure is startlingly low by global standards. A 2011 analysis of Fortune 500 CEOs found 34% held an MBA, the premier business management qualification.

In addition to our research on who has an MBA, we also looked at where they got it. Eleven of the ASX100 leaders with MBAs studied overseas, and many of those are migrants to Australia.

If we don’t limit ourselves to MBAs, this brings to 23 the number of ASX100 CEOs with masters-level management-specific qualifications.

While a minority of CEOS have MBAs, many have other post-graduate qualifications. Often, these are technical qualifications related to the industry the CEOs operate in.

The list of the ASX100 CEOs with an MBA, as well as where they got it, is available over the page.

Tomorrow: Why the MBA drought?