Lessons from an investing legend 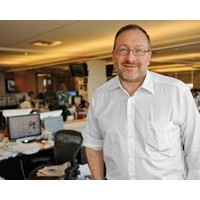 In the offices of an unmarked high-rise building in Boston sits Seth Klarman, surrounded by a stack of papers and books which, by his own admission, are at risk of toppling over and crushing him at any instant. Klarman is the founder and president of the phenomenally successful Baupost Group – a $29 billion ‘deep value’ hedge fund built on modern-day expressions of Graham and Dodd methodologies.

Despite Klarman’s immense long-term success he remains elusive and mysterious. Fables are spread about him in investing circles; he’s the financial equivalent of Nepal’s famous ‘Yeti’. Klarman barely gives any public interviews and his now-out-of-print book, Margin of Safety, sells second-hand for a price tag north of $1,200. It is rumoured that Warren Buffett greatly admires Klarman and even has a copy of the book on his desk.

Klarman’s Baupost Group is an economic wonder, too. In its 30-year existence, Baupost has generated annualised returns of about 19% a year with only one down year. Every $10,000 given to Klarman at inception in 1982 is worth about $1.85m today – and this was achieved while carrying extremely high levels of cash (more than 50% at times) and using minimal leverage.

So how did he do it? With this sort of record, perhaps you’d expect him to have ridden on the coat-tails of some of the great successes of recent decades – like Microsoft or Google or Apple. Hardly. In the late 2000s, Klarman’s biggest position was in the debt of the bankrupt Enron – riddled with the complexities of accounting fraud and litigation.

In 2008, Klarman jumped headfirst into pools of obscure mortgage-backed securities, which were selling at distressed levels after the American real-estate bubble burst. More recently, Klarman has been buying chunks of potato farms in Canada – pouncing on the opportunity to uncover the hidden limestone that lies underneath this agricultural land.

These kinds of opportunity are beyond most ordinary investors, both in terms of availability and complexity, but we can still appreciate and emulate three of his abiding principles.

The financial markets are a fiercely competitive place. Millions of investors, traders and speculators around the world are trying to outwit each other and at least half these participants will perform below average. Klarman concluded that since price is set by the forces of supply and demand, then rather than buy something and wait for someone to demand it at a higher price, why not wait for an irrational supplier to sell it to you for any price? Hence, Klarman looks for assets that people are being forced to sell or avoid, often as a result of fear or institutional constraints.

We can apply this principle by looking at heavily sold or avoided opportunities closer to home. For example, stocks at the bottom of the S&P/ASX 200 are kicked out and replaced on a regular basis and, since index funds can only hold stocks over a certain size, newly removed stocks from the S&P/ASX 200 are sometimes driven down in price due to the selling pressure of such funds.

To make matters better, owing to regulation, many super funds (among the largest players in our market) often can’t invest in smaller companies and such stocks are rarely followed by analysts.

Some institutions are also forced to ignore debt instruments unless they achieve a certain credit rating, even though they may offer an attractive risk-reward profile. You can take advantage of this by investing in income securities in a downturn, when large price falls create wonderful opportunities like those in 2009, such as the Goodman PLUS, Dexus RENTS and Southern Cross SKIES hybrid securities.

Tax loss selling (in Australia, this tends to occur in June at the end of the tax year) can also cause irrational mispricing in already beaten-down stocks. Check out Tax loss selling—2012 hit list from 12 Jun 12 for the 2012 contenders.

While these hunting grounds don’t automatically lead to opportunities, mispricings are most likely to emerge when an irrational or forced seller meets a lack of buyers, so it pays to look out for these situations.

Principle #2: Stick to your competitive advantage

The stockmarket is thankfully a place where you only have to be approximately right. The difference between the great investors and the mediocre ones is only a few percentage points in terms of judging things correctly. Klarman realised he would have to bring something different to the game to win: a ‘competitive advantage’. Nobody thinks more deeply about this issue than he does.

Klarman knows that his team can analytically unravel complex financial assets and instruments better than anyone, having set up his firm with that goal in mind. Analysing complex situations, coupled with the forced selling mentioned earlier has been a recipe for success. Klarman has been able to pile into situations that have been both deeply underpriced for the real risk involved and overlooked by investors due to their complexity (an analyst at Baupost spent more than four years, full time, analysing and unraveling the accounts of Enron after bankruptcy).

‘I will buy what other people are selling’, explains Klarman, ‘what is out of favour, what is loathed and despised, where there is financial distress, litigation – basically, where there is trouble’.

An inexperienced individual will have little success using such a tactic. After all, how many of us have four years to spend analysing Enron’s accounts? Instead, we should focus on developing our own competitive advantages by examining our skills and the actions of those around us.

Look for inefficiencies that you can exploit. Most market participants have a narrow, short-term view of things and are driven by fear and greed. So we can give ourselves an edge by taking a longer-term perspective and learning to manage our emotions. These two advantages will help us pile on the performance points over the so-called ‘professionals’; both have been invaluable to Klarman.

Principle #3: Cash is a weapon

Holding cash is perhaps Klarman’s most famed characteristic. However, contrary to what you might expect, Klarman holds cash as a form of aggression – to be put to use in a concentrated manner when the right opportunity arises. This is because while value investing outperforms over the long run, Klarman quips ‘you have to be around for the long run … [you have to make sure] you don’t get out and you are a buyer’.

Holding cash is something we discuss frequently at Intelligent Investor. See Gareth Brown’s blog post The case for cash and this video of the same name for more detail.

Holding cash when opportunities are scarce and waiting patiently for the ‘fat pitch’ has served us well over the years and partly explains why our model portfolios have moved further ahead of the index lately.

In the end, and despite the complexity of some of his investments, Klarman’s underlying approach is not complicated, although that is far from saying it is easy.

Baupost has outperformed, says Klarman ‘by always buying at a significant discount to underlying business value, by replacing current holdings as better bargains come along, by selling when the market value comes to reflect its underlying value, and by holding cash … until other attractive investments become available’.