Lies and LinkedIn: the case for online diligence 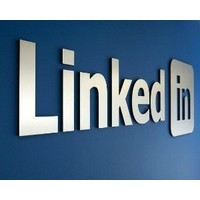 The LinkedIn function ‘people you may know’ recently popped up on my screen displaying a guy I had worked with back before I started pbHC. It was pretty strange that we weren’t already ‘linked’, as we had nearly 300 connections in common, but I dutifully clicked on his profile and had a look to see where he’d ended up.

Just as I was about to send a connection request, I noticed something strange. At the firm we’d both worked at, his title wasn’t listed as ‘consultant’ (as we both had been) but rather something like ‘director of recruitment in commodities, energy and sustainability’.

Now Barry (as I’ll call him) had always been one who liked to stretch the truth a little bit, but this blatant elongation of the facts gave me real pause to think: just what is the etiquette when it comes to presenting a profile on social media? And just how common is the odd porky-pie on LinkedIn?

Mellissah Smith from the popular Marketing Eye blog thinks that it is inevitable that LinkedIn liars will get found out, but I wonder if this is always the case. None of my other former colleagues have called out this bit of fiction, so what’s to say there aren’t even more blatant misuses of the ability to self-enter titles and responsibilities on social media platforms?

One particular occasion, just after I started pbHC, highlights the case for online diligence. We were approached by a senior individual for a job with one of the leading investment banks. The CV we received was impeccable; the person appeared perfect for the job. We spoke over the phone and were impressed; she immediately connected to us on LinkedIn and her profile read just as her CV had suggested. On meeting her, she was calm, confident and knew the lingo. She quoted deals we were aware of and claimed responsibility for the transactions.

At the end of the coffee meeting (just as we started to count the dollars from our success fee), she shook our hands, said she had to head back to work and then went in entirely the wrong direction.

Some careful cold-calling (remember kids, we’re experts) revealed that she didn’t, in fact, work at the business as she’d claimed.

Examination of her LinkedIn account revealed that she was only connected to two people – the managing director and head of her department at the bank she claimed to be working at. Coincidentally, they too were only connected by two people.

You guessed it; she had gone to the effort of creating all three profiles in an effort to swindle a recruiter, and eventually a business, into giving her a high-paying executive job.