LinkedIn for leaders: How to join the social media elite 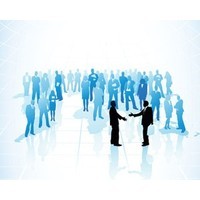 The dismissive attitude of leaders to participating in social media will damage the sales and profits of the companies they lead, says public relations and social media specialist, Catriona Pollard, CEO of CP Communications.

“CEOs are not with the times,” says Pollard, who regularly trains leaders in how to use social media. “Their customers and staff already know social media is critical and the majority of their staff and customers are on social media. They are not engaging with staff, customers, and suppliers, and they are missing out on this competitive advantage.”

Lack of time is the reason most quoted by leaders in explaining their lack of social media nous.

They also believe, wrongly, that social media is the domain of Gen Ys. “The majority of people on Twitter are over 35 and LinkedIn is a social network entirely for professionals,” says Pollard.

“CEOs’ perception of social media – that it is a place for kids to upload their drunk photos – is wrong.”

Pollard, who has 4,500 Twitter followers, all with their own followers, says social media is a tool with unprecedented power. “When I tweet, my corporate message is going out to thousands of people. As companies, we have never had that access before. An ad might reach them, but there is no engagement with that. And engagement leads to sales.”

Pollard refers to a 2012 report by branding company, BrandFog, that revealed:

Leaders prefer LinkedIn … but they don’t use it.

But it’s downhill from there: 24% do not keep the information current; 41% have 10 or fewer connections; 28% have one or no connections at all.

How to join the social media elite

Pollard‘s recommended steps for social media in general, and LinkedIn in particular, are: