Living in Orwell’s world: how to disappear online 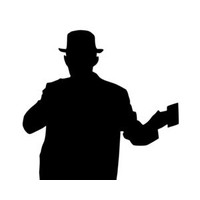 Your friend Kate answers the phone. You remind her you’re meeting at 10am tomorrow for breakfast. You tell her your fractured wrist is healing but the doctor said there’s still some way to go. Your mum’s illness … well, that’s a different matter.

Your hang-gliding, of course, is on hold, but you want to get back to it soon. And, sure, politics, and, sure, dating …

The information you’ve conveyed to Kate ranges from the medically-sensitive to the simply private, the important to the trivial – which is fine, because you’re friends.

Unfortunately, an unknown third party has recorded and documented everything you said, and will use it to continue building an in-depth personality profile of you.

None of this seems like reality but, in the least dramatic way possible, it is. Whenever you use the internet, you are volunteering to an anonymous third party, be it government or corporations, the sorts of information above, and more.

For some reason, we’re willing to sacrifice the confidentiality we’ve come to expect in the real world for an open-door policy online.

Internet giants such as Google and Facebook – as well as governments – store more knowledge about you than your parents do. They can, and do, use it to market to you; they might even hand it over to a judge seeking your name in relation to that document you downloaded, for research.

We need to expand our expectation of privacy into the digital world. We need to understand this as being fundamental to liberty – not the sign of a paranoid criminal. We live in a democracy and shouldn’t need to justify our desire for privacy. Our citizenship reasonably entitles it to us.

Above all, it’s critical we break free from the “common-sense” notion that “we’re nobody special”, that the threat of digital theft and espionage somehow doesn’t apply to us.

In the last ten years, systems for indiscriminate, mass surveillance – known as “mass interception systems” – have become the norm. Intelligence companies sell equipment to permanently record the phone calls of entire nations, or the location of every mobile phone in a city down to 50 metres.

Systems to infect the Facebook or smartphone users of an entire population group are already on the market, according to WikiLeaks: The Spy Files.

The British Government for example, wants to make use of “mass interception systems” to go through, on demand, the time-stamp of every text message and email message sent – as well as websites accessed and phone calls made, in real time.

But there’s hope. Tools are being developed by experts who care about liberty, some of which are already available for free. If you use them you might be labelled paranoid – not least by those who monitor your activity. They don’t want you to prevent them – as you’re legally entitled to do – from using your information. They don’t want you to use the tools below.

Use Pretty Good Privacy (PGP) – a program created in 1991 that allows encryption and authentication of email messages in order to protect the content from being read by unintended recipients. PGP also ensures you’re talking to who you think you are. It’s said to be the most widely used email encryption software in the world.

Install Truecrypt, open-source software designed to encrypt your computer hard drive or USB device in real-time so that nobody can get at your files. Your data is automatically encrypted before it is saved and decrypted right after it’s loaded, without the need for your intervention.

Make use of Off-the-Record (OTR) messaging. This cryptographic protocol allows you to have private conversations while instant messaging. An authentication process ensures your correspondent is who you think it is. Also, the messages you send don’t carry digital signatures that would be checkable by a third party.

Use the American search engine DuckDuckGo instead of Google. DuckDuckGo doesn’t track your online activity, doesn’t tailor search results explicitly to you, and takes steps considered to be beyond the industry standard to protect your privacy.

It seems wrong that we should have to hide, that privacy should have to be fought for in our everyday dealings and interactions, but that’s where we are, and where the tools outlined above can help.