Tough at the top: Is loneliness impeding your performance? 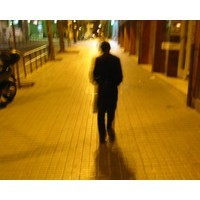 A pervading sense of loneliness and isolation is the price of success for many executives.

Fifty percent of American chief executives experienced feelings of isolation and loneliness, according to a study of 83 CEOs released in January by RHR International. Australian studies going back more than a decade found the same problems.

And it’s not a “soft” management issue: loneliness impeded performance and productivity, the studies have found.

The 24-hour pressure on executives is part of the problem, says American executive coach Dr Frumi Barr of The Frumi Group, who has written a book about executive loneliness.

“Of course it’s lonely at the top,” she says. “There’s no escape from work… after a while it adds up, and causes a great amount of stress.”

For most first-time CEOs (72%), their leadership roles were vastly different to their expectations, the study found. RHR International chairman and chief executive officer Thomas Saporito says: “Stress, pressure, and loneliness all combine to create a job unlike any they have previously had.”

Company directors don’t offer much support to their leaders, according to Monash University academic Margaret Lindorff. She conducted the most recent Australian study of managerial loneliness (2001), and found the best companies offered little more than distraction as a method of emotional support.

When it comes to confiding in others and working through issues, senior managers struggle to get what they need, Lindorff says. “Going to their subordinates would make them look incompetent, and they couldn’t talk to their superiors. Particularly for people very high up in a company, there’s no one they can talk to.”

Other factors contribute to the feeling of loneliness. A report by The Australia Institute (Mapping loneliness in Australia, 2005) found men typically experience higher levels of social isolation, especially those in their 30s and 40s. Lonely or not, many rely primarily on their partner as a confidant, whereas women tend to have several people they can turn to. For men who are single, who live alone, or who aren’t in a supportive marriage, loneliness is common.

So executives turn to support at home. Author Frumi Barr interviewed 40 CEOs for her book on loneliness and found that supportive partnerships kept isolation at bay.

“The CEOs who are in wonderful marriages, where the spouse understands the business, are fine,” she says. “But only two out of the 40 [interviewed] said that.”

More people are talking about the issue than they were 10 years ago, Lindorff says, and some are taking action. “There is a general increasing awareness of the need to support managers,” she says. “Sometimes people are sent on management development courses, and one of the outcomes is that people connect with others in similar roles in other organisations they can talk to.”

Team coaching and peer advisory groups, which discuss common business concerns in a group setting, are effective, she says.

It’s a big source of business for the corporate coach, who provide a professional confidant. “There’s still an ego issue; they don’t go into the depth that they do when they have a confidant,” Barr says.

It can several months for coaches to help executives overcome their feelings. “Someone’s been in their business for a long time. It’s not overnight that they’ll get some insight,” she says.

Peer-based approaches include The Executive Connection, which operates small chapters across Australia with an experienced executive and business leader as chairperson. The chairperson meets individually with those in the group to provide coaching, but members can also interact with each other in an informal group setting.

Barr says peer groups can work hand in hand with coaches. “It doesn’t have to be solitary if you have the right support,” she says.

Feeling isolated? What to do: