Making it through the silly season with “systems thinking” 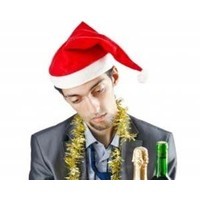 Business is stressful all year round, but the silly season is the pointy end. Things just seem to go crazy. The projects that are due, but unfinished; the planning for holiday schedules, sale days or Christmas run-outs; whatever your flavour, there is more on your plate.

Or is there? How real is Christmas pressure? This year, it might seem very real because you have not changed the way you think about it, says Greg Lourey, a director of the Leadership Circle, Asia Pacific.

He says leaders who apply “systems thinking” will be handling their deadlines more easily than those who  do not.

And, they are more likely to achieve their deadlines, Lourey says.

“There is a ‘narrowing’ of time in the rush towards Christmas and people think, now there is less time,” he says. “Systems thinking is an ability to see the organisation as a system, and to see all the parts in the system, rather than getting lost in the moment,” he says.

Leaders may jump into action, with less consideration than they would apply in another part of the year. The result? The potential for mistakes increases, and leaders can have a negative impact on everyone around them.

Here’s five steps to a calm and productive lead-up to the year end.

1. Stay focused on the “big picture” – the long term strategy for the success of the business. If you are tempted to start micromanaging and driving the agenda, check in with yourself and ask: is it the system, or is it me? If it is you – micromanaging, insisting on pre-Christmas deadlines just to make yourself feel better to have crossed them off your list – ask yourself, what is the impact I am going to have on the system from all the things that I think need to get done? There are only so many things that anyone can do.

2. Look at your tasks and priorities in context. Lourey gives an example. “Someone who is working on a project over a period of months has a report to deliver. They think to themselves, it is my responsibility to deliver this report on December 20. The reality is that the project doesn’t finish until March. The context is that we got to this point because the client didn’t deliver their part on time, or we discovered new information. But I am still marching to my deadline, the deadline we made three months ago. Rather than getting defensive, making excuses or blaming others, look at the context and ask: do we need to set a new deadline?”

3. Slow down to go faster. Busyness is not effectiveness. Are you just reacting, and doing lots of stuff, but not thinking of the consequences? “Looking at the big picture and the context is hard to do on the run,” says Lourey.

This step is not just about prioritising. “That is the skill set,” says Lourey. “Slowing down is the mindset. It is the difference between the architect and the builder. The architect designs the system that gets the best result. The builder just says let’s whack up a wall or the window.”

4. Fix the root cause, not the symptom. For example, a leader has a problem such as high turnover. She starts throwing Friday afternoon drinks, or having one-on-one conversations with the team, to make them happy. “Perhaps the root cause of the turnover is that the individuals are not aligned to the purpose of this businesses. They are undermanaged so no-one knows what the hell they are doing. Or they are over-managed and end up being dependent,” says Lourey.

Systems thinking is the middle ground, where all the parts of the organisation – one on one, team to team, department to department, company to customer or stakeholder – are communicating with one another.

5. Develop a good capacity for relationship. If systems thinking is about relationships in action, leaders need strong relationship skills – a documented weakness for most Australia leaders, study after study has shown. So, where to start? “The first step, I would say, is to pause before you respond,” says Lourey. “Listen first. Don’t think about what you want to say while you are ‘listening’. Just stop and ask yourself, what needs to happen here?