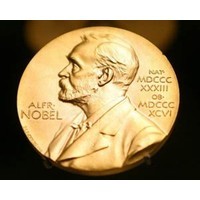 The Nobel prize for economics is often awarded for relatively abstract theoretical work. Rather less often, it is awarded for work with clear practical relevance. This year, the committee responsible for awarding the economics prize — or more precisely, the Sveriges Riksbank Prize in Economics Sciences in Memory of Alfred Nobel — has struck an impressive balance between the two. The prize has been awarded to two American economists, Lloyd Shapley and Alvin Roth, for their theoretical and practical work on matching problems. As a member of the Nobel prize committee put it, the prize is awarded this year for a “beautiful example of a sophisticated economic theorem being put to practical use”.

Matching problems arise in many cases where traditional economic markets do not do a good job of allocating resources, often because prices cannot be used. Examples include the matching of organ donors with transplant recipients and the matching of students with universities. In these cases, we cannot reply on supply and demand and the adjustment of prices to ensure that we get a desirable outcome. We need other mechanisms instead.

Lloyd Shapley is a mathematician and economist who has made numerous contributions to game theory: many theorems, ideas and concepts in economics bear his name. He is best known for his work in the area of co-operative game theory. As the name suggests, this is the study of possible outcomes in situations where groups of people (say, college students and university admissions staff) look for arrangements that are, in some precise sense, mutually satisfactory.

The challenge of co-operative game theory is that different groups of individuals can form coalitions, so it is not enough to think about co-operation by the group as a whole. The theory has to examine what different coalitions can achieve. A key notion in co-operative bargaining is known as stability. An outcome of a bargaining process is stable if it is not possible for any single individual or group of individuals to make themselves better off by going it alone.

As sometimes happens, even though the prize is officially awarded to two people, there is a third person who will be in the mind of most economists when they learn of this prize: David Gale, who died four years ago.

Half a century ago, Gale and Shapley published a paper in American Mathematical Monthly, entitled College Admissions and Stability of Marriage. The title makes it clear that they were inspired by practical problems, and their paper is a small marvel of simple yet elegant reasoning. There is almost no formal mathematics in it; anyone unafraid of clear logical thinking could read and understand the paper.

(As they observed in a conclusion that reads very quaintly by the standards of modern scientific publications, “any argument which is carried out with sufficient precision is mathematical, and the reason that your friends and ours cannot understand mathematics is not because they have no head for figures, but because they are unable to achieve the degree of concentration required to follow a moderately involved sequence of inferences.”)

In the paper they considered matching problems, such as the admission of students to universities or marriage matching. They began by talking about college admissions, and then moved on to the “marriage problem”. They imagined a situation where an equal number of men and women seek to marry, and where each individual can rank the members of the other sex in order of preference. They showed that there will always be a way of marrying off everyone so that the marriages are stable (in the mathematical sense!), meaning that no two individuals would prefer to leave their current partners to be with each other. There might, however, be more than one stable set of marriages.