Me first: Turning the psychological tables on recruiters 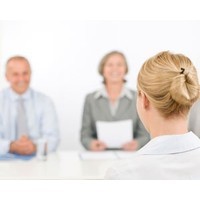 Recently, LeadingCompany published a story explaining why the last interview candidate of the day is least likely to be successful. There’s nothing “magic” in this information for the interviewee, however, because they have little control over the interviewing order or the perception of the interviewer, explained one of the authors, Uri Simonshon, an operations and information management professor at Wharton University.

In the same week, I published advice for interviewers: go with your gut.

Put together, these two stories got me thinking: what can candidates do to best position themselves? Is there a way to manipulate “gut feel” to acheive the best outcome?

Reaching back into the dim, distant memories of my degree in behavioural science, I’ve prepared a few interview tips based on real and robust psychological principles.

It surprised me to read Wharton University’s research results because it runs counter to an established psychological theory called the Serial Position Effect. Used originally in memory theory, it has established that candidates who interview first or last are most memorable to the interviewer – and this is a good thing (if you’re good, that is). Many candidates are too scared to ask about the process, but it’s fine to ask where you are in the interview schedule –try to put yourself ahead of the pack, or at the end. If you’re the best candidate, contrary to what Wharton has posited, being last might make you the breath of fresh air that a frustrated interviewer has been looking for.

2. Give yourself a halo

The Halo Effect – discovered back in 1920 by psychologist Edward Thorndike – is the most pertinent effect for candidates. It basically states that one very positive trait can influence the interviewer to perceiving all other traits positively. Huh? Well, if you are an exceptional financial manager, for example, and ordinary at people management, by emphasising your financial skills right out of the blocks you might actually cause your people management skills to seem better – or less of a concern to interviewers. It doesn’t have to be work-related, either. Finding common ground in extracurricular activities can cause also this halo. Recently, a candidate’s rowing club membership became the focus for 45 minutes of a 1.5-hour interview!

We know we like people who are like us; in interviews, this also holds true. Like the rowing example above, focusing on commonalities rather than differences is a key way to ensure you connect with your interviewer. You can go further: by watching closely for social cues, and mirroring the body language of your interviewer(s), you stand a chance of both enhancing the halo effect and putting the interviewer at ease.

The negative-information bias is the natural tendency for people to lend more weight to negative information than comparable positive information. So, if you know there is a glaring hole in your skillset for the role you really want, it’s never a good idea to lead with that information. Instead, think carefully about your approach, and instead of ‘No, I’ve never done that’ instead phrase your response positively: “I’ve always wanted to gain more experience in this area and I’d love the opportunity to extend myself.”

There is no magic way to fool an interviewer. You won’t get that promotion from customer service to CEO by just being aware of these effects, but if all else is equal – and so often in a competitive hiring environment, it is – these tips might help to put you ahead of the pack.