Mentoring: The high fliers’ strategy for the getting of wisdom 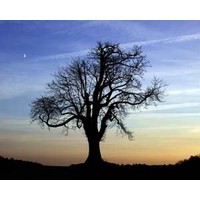 Passing knowledge and expertise from one generation to another is something people do almost without thinking. Sharing insights gleaned from experience and wisdom via word-of-mouth has not only ensured human survival, but also encouraged creativity, motivation and an entrepreneurial spirit. Think of Bach’s promotion of the young Mozart or, a more prosaic example, the now-late British airline entrepreneur Freddie Laker’s coaching of the then-fledgling magnate, Richard Branson.

In business, mentoring relationships often arise informally between experienced professionals and protégés. In many instances, the mentor has identified a promising talented individual. Conversely, a proactive subordinate seeks out the opportunity for guidance. But many companies have realised that leaving mentoring to chance is not enough to ensure high-flyers will land in the senior ranks.

“Mentoring fosters progress and is just very good business practice,” says Rosamund Christie, an executive coach who also teaches on the AGSM MBA program at the Australian School of Business. “It offers a time to reflect and be listened to and offered advice. Most people find that incredibly valuable.” Many top firms also see the value in helping employees become more engaged with the company, with improved knowledge and communication skills, exposure to new ideas and fresh ways of thinking.

There are reasons why companies are paying more attention to the benefits that formal mentoring can offer. Leading coaching and mentoring specialists in the Asia-Pacific region, ARGroup, report that up to 40% of new executive appointments fail within the first 12 months, so anything that helps a company hang on to talented staff is obviously a positive.

How the GFC helped

The global financial crisis has also played a part in bringing about a new mindset among business leaders. Michael Luscombe, who recently retired as chief executive of supermarket chain Woolworths, suggests part of that new mindset is a more reflective corporate environment that is opening up to wider community expectations – such as getting more women into top executive roles. That’s one reason why forward-thinking companies are far more likely to be running structured mentoring programs than they were 10 years ago, Luscombe says.

“Mentoring and coaching have taken off phenomenally since 2002,” agrees Catherine Collins, a senior lecturer in Organisation & Management at the Australian School of Business, who instigated a mentoring program with AGSM MBA (Executive) students. Collins says mentoring MBA students during their final Strategic Management Year (SMY) is a natural link, transitioning them into the next stage of their career.

The program pairs students with experienced AGSM alumni who work across a range of industries. It provides high-achieving MBA (Executive) students with an opportunity to take what they have learnt as individuals and apply that to their careers and, in turn, their organisations and communities, says Chris Styles, deputy dean and director of AGSM. The AGSM’s three-month mentoring program runs twice a year and is a way of broadening students’ networks – which the organisers hope students will continue to expand.

Getting the mentor-mentee connection right is the key to success. Denise Weinreis, AGSM’s Strategic Management Year career mentoring director, is charged with that task. She sees the opportunity as working for both sides of the relationship – reconnecting alumni with the School and a new generation of graduating students who are able to build on their professional networks.

Research shows that it’s not so much a shared work background that is paramount in matching people, as shared values. Matching infers there is a formula involved, but Weinreis says it’s more about family situations, career goals and personal values. “The role of the mentor is to challenge a mentee’s thinking and career approach, so diversity of thought is crucial in getting someone to change their mental model,” she says. Weinreis compares the mentor’s role to that of a counsellor in that people have to be comfortable so that they feel safe to open up, share personal information and take risks.

Galvanised by the support they receive and ambition to advance their careers, mentoring often leads to career change for graduates with 80% of them jumping jobs or industries in the first year after completing the course. “For example, they may move from multinationals to more entrepreneurial companies or into positions within a company where they have more strategic roles or they may start their own entrepreneurial venture,” observes Peter Murmann, academic director of AGSM’s SMY.