Mining, fly-in, fly-out workers and the risk of suicide 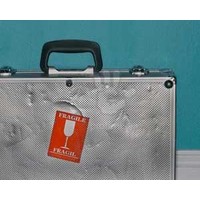 Barely a week passes without media coverage of some aspect of the real or perceived impacts of fly-in fly-out (FIFO) and drive-in drive-out (DIDO) work, especially in the mining sector. We hear about the lack of affordable housing, relationship breakdowns, mental illness, under-resourced and over-stretched local services – the list goes on.

There are no solid, up-to date-statistics on suicide rates among FIFO/DIDO workers and their families, or within specific communities that have a high number of FIFO/DIDO workers. Despite this, based on what we know about risk factors for suicide, it’s fair to say that FIFO/DIDO work has the potential to create stresses and challenges that may exceed some individuals’ coping abilities.

The workers themselves – mostly men – have long working rosters in arduous conditions. This can disrupt normal daily routines, and contribute to poor physical health and significant disturbances in sleeping patterns. FIFO work can be lonely and workers lack social support from family and friends while they’re away.

Men with families face repeated separation from their partner and children. They can experience difficulty re-establishing closeness with their family after lengthy periods away, and relationship strain and discord can emerge. In some cases, this may end in marital breakdown.

Individually and collectively, these experiences can increase a person’s vulnerability to suicide. Also, they can play a role in the development of two very prominent contributors to suicide: depression and anxiety, and “self-medication” through alcohol/drug misuse.

Workers’ families face strains too. Aside from separation from their loved one, the regular absence of one partner can expose the other partner to the myriad pressures of single parenting. This raises the likelihood of that partner experiencing psychological distress, especially if they are a new mother.

Tension between the two parents is a worry, not just for how it affects adults, but because family conflict and breakdown are documented risk factors for youth suicide.

Problems can develop between the absent parent and their children. Children may struggle to re-integrate their FIFO/DIDO parent into their lives once each work roster ends, and, equally, can experience emotional upset when the time comes for dad to leave again.

While there has been little examination of any long-term impacts of FIFO/DIDO work on children, strong family relationships are a protective factor against suicide, and anything that weakens those bonds should be treated seriously.

At the community level, residents of towns where FIFO/DIDO work is a common employment practice may be affected. In some cases, impacts can include displacement of local workers in favour of FIFO/DIDO workers, and declining tourism viability.

As income disparities emerge, prices rise and locals who are not employed in the resources sector can find themselves in financial hardship. Social disruption, community fragmentation, and diminished participation in community activities, can occur.

Access to services – such as healthcare – is a well-recognised problem for people living in rural and remote areas. Sudden population growth due to an influx of workers can place strains on local infrastructure and service capacity, making access to services even more difficult than it would usually be. Again, these are all risk factors associated with suicide.

It might be tempting to conclude that rising suicide figures are inevitable in light of the growing use of FIFO/DIDO workers.

But this is premature for two reasons. The first point to remember is that, as yet, we don’t even know how prevalent the risk factors for suicide really are, in relation to FIFO/DIDO work. Second, concerns about rising suicide numbers are based on an assumption that nothing can – or will – be done to address underlying contributors to suicide that may be associated with FIFO/DIDO work.

Suicide does not occur in a vacuum. Many risk factors can be reduced through sensible actions that address broader issues such as family functioning, financial pressures, employment, health, and community infrastructure.

How effectively governments, industry, and communities will work together to do this remains to be seen. But successful suicide prevention through practical social and economic policy is not beyond their collective reach.