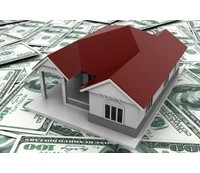 Many Australian families have built wealth and secured their futures on the back of property investing using negative gearing to help them get ahead.

However, at every election, negative gearing property is raised in the media as the speculators posture over whether or not a future government should tinker with the current system. Can you imagine what would happen to our property market if the rules changed?

The real point of contention is that the Australian taxpayer is forking out billions every year to support a system that was designed to encourage the construction of new property dwellings to add to supply.

However, the statistics presented by Property Australia suggest that only around 8% of the money funding the scheme is for new dwellings, the rest is for established property. So have governments, past and present, allowed a loophole to exist that taxpayers are having to fork out for?

Data suggests that negative gearing, stamp duty and government grants contribute to housing price inflation and make it more difficult for first home buyers to enter the market. Now, I’m not suggesting negative gearing be abolished, however, I am in favour of closing a loophole.

Saul Eslake, former chief economist of ANZ, recently said, “An investor-driven recovery is much more likely to put upward pressure on prices and is less likely to induce new dwelling supply, which is the opposite of what the Reserve Bank wants and what the country needs.”

So what do we expect in the market?

Last week, our market moved higher, to 5151 points, before pulling back slightly to complete the trading session at 5100 points. This was seemingly a turnaround for the All Ordinaries, following the previous weeks more subdued close at 5038 points, which formed below the open of the week.

Interestingly, over the last four weeks our market has struggled to break clear of the 5100 points barrier, which suggests traders and investors alike are not yet confident in taking the market to the next level. As I reported last week, this lack of confidence is likely to be due, in part, to the unfolding federal election and company reporting season.

Whilst the indecision continues, it is an opportune time for investors to get organised and update their stock watch lists so as to be prepared for trading opportunities likely to unfold over coming weeks.