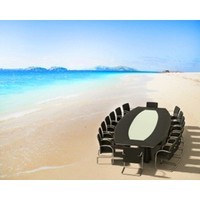 Ever been tempted to take a break from work? Taking a long period of time off can be a great thing for your career. There are a whole range of reasons why people take career sabbaticals; from travel and writing, or because of family commitments and wanting to do something completely different. Some companies even provide for sabbaticals in their workplace policies while others may never have heard of the concept.

The catch is that while it’s all well and good to want to go and write that book, or travel Europe like you’ve always wanted to, will there be a job waiting for you upon returning from your very long holiday? That’s even if you want to return to the same occupation.

The word Sabbath actually derives from the Jewish word Shabbat, which refers to the seventh day of the week when people are meant to recover from the past six days of work. It refers to the serving of an ancient human need to for rest and rejuvenation.

LeadingCompany spoke to three people from different roles who had taken career sabbaticals, to find out the true benefits of taking extended time off work.

From in-house to independent

For communications professional Kate Pembroke, taking a career sabbatical empowered her to start her own company.

Pembroke says she realised she wanted to work for herself last year. After 20 years of being in-house she started up her own company, Kate Pembroke Communications, where she works with executives, organisations, festivals and events to help craft and execute communication strategies.

She briefly took some time off at the start of her sabbatical to attend various international festivals to look for contacts for her new business, and then she took a brief cruise from Venice to Barcelona before taking a week’s holiday in Bali during January.

Pembroke says she will never work in-house again unless the role is amazing, calling herself, “a corporate refugee that wants more out of life”. Pembroke says a flat career had prevented her from seeing opportunities. Her career sabbatical allowed her to break free of the handcuffs to identify these opportunities.

The recruiter’s view of career sabbaticals

Career sabbaticals are not necessarily regarded badly by recruiters, according to Alan Simpson.

Simpson works in the outplacement section for SHK recruitment and specialises in outplacement career management. Four years ago, he took a career sabbatical for three-and-a-half months. He spent this time relaxing and recharging and says he didn’t actually realise how tired you can become when working until he had this time to recuperate.

Simpson says that in terms of a career sabbatical it’s not so much whether taking a sabbatical is an issue but more so if the extended time off will actually be beneficial. Simpson believes recruiters do not necessarily look at career sabbaticals as a negative; but according to him, it is important to pick times wisely. In the current job market, an employer can sometimes realise they don’t need an employee if they can do without them for a few months.

During Simpson’s career sabbatical, he worked on a business which he introduced to SHK upon his return. SHK wanted an outplacement section; something he developed in the latter stages of his break. Basically, people who have been made redundant are sent to him, they are then provided with a range of services including training on job skills, networking skills and, obviously, job placement.

When working in the same role for years or even decades it can be easy to lose sight of the big picture, especially now that the work hours in this digital world have shifted from 9-5 to 24/7. Simpson’s experience shows it can be a productive exercise to take time off to step back and look at the bigger picture.

The change strategy behind career sabbaticals

Bryan Gardner works as a change strategist; several years ago he had a leadership role that involved a lot of travel and time away from his family. In November 2007, he was sitting in the office of the chief executive of a telco company in Bangalore, India and he told himself that there has to be more to life than the corporate world.

He felt disconnected from his family and decided to move on from his position and reassess his life.  Gardner says he realised that passion is much more of a driver than wealth. He took a career sabbatical before changing career paths to one that gave him better work-life balance.

Gardner says baby boomers tend to have this attitude where you start at the bottom; for instance, and then from there you work your way to the top. Also a lot of baby boomers have gender specific roles; for instance, if the man is in a position where they hate their job, and they are getting older, the attitude tends to be to suck it up and keep moving on in that particular job.

“I find that a lot of baby boomers have their corporate ladder up against the wrong wall,” Gardner told LeadingCompany.

Gardner says another problem for a lot of baby boomers is many of them remain in the same job for 30, 40, 50 years and their job becomes embedded in their identity, and when they get fired or finally decide to leave their job they find themselves in a position where they don’t even know who they are.

In Australia, some job areas, such as education, provide long service leave after being with a company for 10 years. According to Gardner, only 20% of people ever take it, and of those, 80% are women and just 20% are men. This suggests that many build up their long service leave as a security measure in case they ever suddenly lose their job. This supports Gardner’s premise of the baby boomer generation ‘sucking it up’ and accepting their fate.

But Simpson suggests the reason for the low take-up is that a lot of people who are given long service leave have partners that do not receive this type of benefit, and there is very little point, or it is not appropriate, to take long periods of time off or of taking the kids out of school for three months.

The five R’s of a productive career sabbatical

Gardner is a firm believer in a stale career preventing you from seeing outside the day-to-day life you have. He has a lot of faith in career sabbaticals and uses an interesting analogy of Australian Rules football to explain a successful, well-planned career sabbatical.

In a game of AFL, the breaks in between the first and third quarters are only a brief period time, about five minutes; but in-between halves there is a 20-minute break. At half time the players go through a period of rest which Gardner divides into “the five R’s”.

According to Gardner, this process is necessary in a career sabbatical that grows and develops an individual. A career sabbatical can be a catalyst for change, a breath of fresh air to return to the same job, and the impetus for recognising passions beyond corporate culture.

A portfolio of skills

Gardner says loyalty to one company is being replaced by the concept of a ‘portfolio career’. He puts this down to changing attitudes to careers among Generation X and Y workers. Unlike baby boomers, Generation X and Y tend to choose quality of life over career advancement. Instead of acquiring and working on the same set of skills throughout a lifetime, these generations are building a portfolio of skills, which ultimately make them more broadly skilled than someone whose job is their identity.

Some people stay in the same job for 10 years and don’t do much at all, whereas others are only in a job for 10 months and do a lot; it all comes down to passion, because passion is the driving force behind our careers and helps us place our career ladder in the right place, so we can climb up to where we want to be.