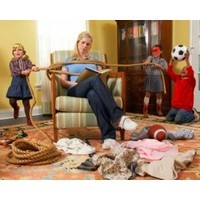 The day after the recent COAG Tracking Equity Report was published there was some talk of experts being baffled about the results. How can it be that girls outperform boys at school but then drop off in terms of workforce participation? How can the disparity between men and women in pay still be so marked in 2013?

To me, and anyone familiar with the statistics around women at work, it is baffling that anyone finds these results baffling. Gender inequity remains a very real problem that is, at least partly, compounded by the assumption many make that gender equality is a given. Finding the COAG report results surprising is only possible if you genuinely believe that gender equality is a box that was ticked long ago. It wasn’t. Progress has absolutely been made but not nearly as much or as far as many might think.

Yesterday Dr Karen McPherson, a professional associate with the University of Canberra, wrote a terrific column explaining why there is nothing surprising about the COAG findings. She wrote that while the results may strike you as being unfair they are not baffling.

Dr McPherson makes the important point that women’s workforce participation is influenced by a complex blend of societal and historical elements. It is the reason, albeit frustrating, that achieving gender equality in the workplace is not a simple box to tick off. Workplaces are made up of human beings who are conditioned in all manner of ways about their expectations about the world. Unconscious bias is at the root of most of these expectations which continue to shape workplaces and work practices.

I remember the first time I interviewed the Sex Discrimination Commissioner Elizabeth Broderick she explained how stereotypes continue to limit both genders. The idea of a woman who is happy to stay at home with children is as damaging and limiting as the notion of a man wearing a suit, being the bread-winner, without any visible caring responsibilities. Not because they aren’t valid and acceptable choices but because those alone don’t represent the various acceptable choices men and women should be free to make. Projecting those stereotypes and expectations on women and men continues to create constraints.

As long as it’s not acceptable for a man to ask his manager for parental leave while his wife returns to work, it will be harder for her to return to work. And it will be harder for him, and other men, to unshackle themselves from the understanding that unless you work unconstrained by any responsibilities outside of your job you aren’t committed to your career.

The reality is the choices men and women might want to make are far more diverse than those that gender stereotypes offer. It is one of the reasons Elizabeth Broderick is so passionate about male champions of change. About putting men in the spotlight and starting a conversation with about the different choices they might want and the implications that has on other men and women.

There is no doubt that achieving gender equality requires us – collectively – to dispel old and out-dated stereotypes. It’s why a few weekends ago I groaned at this headline: ‘Soccer mums and DIY dads cause traffic congestion’. Before you are tempted to admonish me for being pedantic, think about the bigger picture. About what stereotypes it paints and reinforces.

It openly assumes that women take care of children while men fix their houses, and it perpetuates the notion that that is how it should be. And it’s not and it shouldn’t be. How many dads do you know that take their kids to weekend sport? How many women do you know that are getting dirty on the weekends renovating their homes? I know stacks of both.

On the weekend I read an article on when children need the most parental attention. It was a great read but it also – with more subtlety than the earlier headline – gently perpetuated the notion that mothers look after children. So much of the discussion, in this piece but also more broadly, about combining work and family is framed around the mother’s choices. These conversations about who takes time off when, and how home lives are engineered to support children and careers, need to be framed around the parents’ choices. For an increasing number of households these conversations are framed in this way, so why isn’t that being portrayed publicly?