Over-60s out of superannuation firing line, but wealthiest nest-eggs at risk 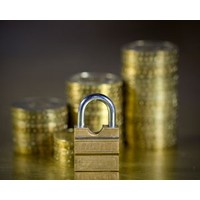 The tax industry has welcomed a clarification from the federal government it won’t begin taxing super holders aged over 60, but says it needs more clarification over what exactly Labor has planned in order to scrape more savings for the May budget.
Prime Minister Julia Gillard confirmed with Parliament yesterday the government “will never remove tax-free superannuation payments for the over-60s”, including super lump sums and pensions.
The statement was a rare clarification of what Gillard actually plans to do as part of a campaign to rein in tax concessions. Having thrown away its promise of a surplus, Labor is attempting to shrink the deficit as much as possible.
CPA Australia policy head Paul Drum told our sister site SmartCompany this morning that, while the clarification is welcome, more information is needed about the government’s plans – early reports suggest it will focus on curbing tax concessions for the wealthy.
“We actually need some clarity here,” he says. “We need bipartisan support on having a review of the retirement savings system, and what should be done there.”
“CPA’s view is that we want both major parties to come clean and clarify what their views are in respect of having a grand vision for retirement savings policy in Australia.”
Reports in both the The Australian and Fairfax suggest the government is considering increasing the tax rate on superannuation for the wealthy. One plan under consideration could see the wealthiest 1% charged a higher rate when super is being accumulated, instead of a tax on withdrawing funds. The change would affect as many as 100,000 people, the report claims.
The consideration comes despite a number of changes to the super system over the past few years, including lifting tax on contributions for those earning over $300,000.
Superannuation is usually taxed through contributions, money earned through the fund itself, and withdrawals during retirement. If the government is ruling out tax withdrawals, it means it will focus on money earned in the fund or contributions.
But Drum says the notion of clawing out savings from the superannuation system is faulty and isn’t sustainable in the long run.
“One the one hand, you have a system that is meandering along and is not delivering on its promise, nor is it reducing the future burden on the public purse.”
“We’re opposed to governments coming in to home in on the super honey pot, as it were, and treating it as just another source of revenue. But notwithstanding that, it does need an overhaul.”
Drum says CPA Australia wants the government to announce a full Productivity Commission review of the super system and then work from there.
“This would consider whether big changes are needed, such as whether we should have progressive rates on contributions.”
“Australian confidence in superannuation is at an all-time low, and it’s partly because the rules keep changing.”
The super system has been in the public eye over the past few years due to both the changing laws and also a greater public awareness of massive tax bills which can occur if something goes wrong. Superannuation Minister Bill Shorten was even caught out by the rules and was stung with a tax bill for contributing too much money in the one financial year.
Drum urged the government to clarify its plans.
“But we would discourage making any announcements about the super system without having a review.”

This story first appeared on our sister site, SmartCompany.