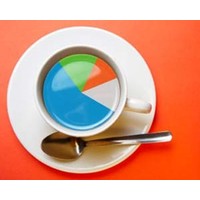 This past March, entrepreneur and scientist Stephen Wolfram wrote a blog post titled “The Personal Analytics of My Life.” In it, he mapped data about his email usage, time spent in meetings, even the number of keystrokes he’s logged – for 22 years. The resulting charts and graphs are mesmerizing, and somewhat instructive.

Wolfram has documented that he’s a man of routine who likes to work alone late at night. He knows that although his scheduled telephone calls usually start on time, his in-person meetings are less predictable – and that he’s hitting the backspace key 7% of the time he’s on the keyboard.

This “effort at self-awareness”, as Wolfram described it, makes him a trailblazer in the growing discipline of auto-analytics – the practice of voluntarily collecting and analysing data about oneself in order to improve. Athletes have long used visual and advanced statistical analysis to ratchet up their performance. Now auto-analytics is flourishing in the workplace, too. With wearable devices, mobile and computer apps and sophisticated data visualisation, it has become fairly easy to monitor our office activity – and any factors that might affect it – and to use that information to make better choices about where to focus our time and energy.

Employees have long been measured, but managers have traditionally chosen the tools and the metrics. With auto-analytics, individuals take control. They can run autonomous experiments to pinpoint which tasks and techniques make them most productive and satisfied – and then implement changes accordingly.

But to do auto-analytics right, you need to understand the tools and develop an approach. The aim is not merely to increase self-awareness but to become better at your job and more satisfied with your life.

Two broad types of auto-analytics tools exist today. The first are trackers, which reveal patterns and help you set goals. They allow you to document routines and physical responses such as sleep hours, heart rate and food consumed or calories burned – information you can use to learn, for example, how your caffeine and sugar consumption affects your work output or which office interactions spike your blood pressure. Trackers are best used longitudinally (over days, weeks, or longer) and iteratively, to test interventions and their results until the right balance is struck.

That analysis readies you for the second type of tools, nudgers, which guide you toward your goals by asking questions or prompting action on the basis of the data they’ve received. Nudgers are often apps or online tools that might tell you to work out, to stop drinking coffee or to slow down during a presentation.

What exactly can you measure? Using successful cases and research, I have developed a framework that includes three arenas where auto-analytics can be useful: the physical self, the thinking self and the emotional self (body, mind, and spirit).

THE PHYSICAL SELF: Your physical condition affects your work. Sleep patterns, stress levels and exercise regimens of knowledge workers have been shown to affect productivity, creativity and overall job performance. Today these workers can choose from a variety of mobile apps, wearable sensors or desktop tools that autonomously collect rich data about their bodies’ movements and physiological systems.

Business consultant Sacha Chua wanted to understand the relationship between her sleep schedule and achieving her professional priorities, so she has tested several tools for this purpose. Using a tracker called Sleep On It, she monitored her bedtimes, wake-up times, amount of sleep per night and sleep quality over several weeks. With this baseline and a hypothesis that she was sleeping later than she should, she then tried waking up earlier – at 5.40am rather than 8.30am.

Chua discovered, to her surprise, that she was getting more and better sleep with the new wake-up time, which improved her engagement and performance at work. It seemed to be forcing her to eschew unimportant late-night activities, such as browsing the web, so that she could go to bed earlier. Instead of squandering much of her morning in low-quality sleep while hitting the snooze button over and over, she could spend the time writing and programing.

This exercise was nominally about sleep, but the data provided a more rigorous way for Chua to explore, prioritise, and act on what really mattered to her personally and professionally.

@THE THINKING SELF: Although knowledge work has remained notoriously tough to measure rigorously or directly while it is being performed, its output is still tracked with approximations like billable hours, reports filed or lines of code written. Such measures can inform managers and financial systems, but they do little to guide individuals who want to learn how to get better at their jobs. Auto-analytics can help by gathering data as you perform cognitive tasks, such as client research on your smartphone or statistical analysis in Microsoft Excel.

THE EMOTIONAL SELF: Auto-analytics tools don’t measure emotional intelligence, per se, but they provide an easier way to gain insight into emotions and use data to enhance our predictions of what will make us happy in our daily work and careers. Many apps and tools track moods by prompting the user: “How do you feel right now?”

These tools are no substitute for personal reflection, but they can facilitate the process. Effectively tracking your emotions presupposes that you can take an analytical – even a clinical – view of your mood when data are being gathered. That’s quite different from tracking hours of sleep or number of emails sent. Many I’ve spoken to say that the process is unnatural at first but that it gets easier with practice and eventually improves your ability to sense and react to how you’re feeling.

Two trends are emerging in auto-analytics. First, the tools will become more sophisticated. Second, a more holistic approach to auto-analytics will develop. Applications will consolidate many kinds of measurements in a single dashboard and allow us to analyse ourselves across ever more complex dimensions.

Tools such as stickK and Beeminder, for example, already combine tracking and nudging – and can add a social dimension. They ask you to create a goal, such as increasing your number of sales calls or conversations with direct reports each week, and then use digital displays to help you analyse your daily progress toward achieving it. To increase your motivation, they use nudges or even levy small financial penalties when you veer off track. And they can be used socially so that people – even strangers – working toward the same goal can share data and encourage one another, as people do in a weight-loss club.

And when analysis reveals higher performance on noncore tasks, auto-analytics can even become the impetus for a full-on career switch. Think of how much less anxiety that life-altering decision would cause if you had data to support it.

Applied the right way, auto-analytics can provide hard evidence in situations where traditionally we’ve relied on intuition and anecdotal feedback. Quantifying yourself is a revelatory experience – and perhaps the best thing you can do to improve your career and your life.

H. James Wilson is a senior researcher at Babson Executive Education and a co-author of ‘The New Entrepreneurial Leader: Developing Leaders Who Shape Social and Economic Opportunity.’