Power Play: Give your ideas the ‘six-year-old test’ 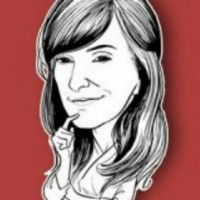 If a six-year-old doesn’t get it, no one else will.

If you’ve got a six-year-old handy, try out your thinking on them. If they don’t get it, then maybe you should start again.

Power Players road-test their ideas on people who have no background in what they’re working on.

They don’t cut corners on this one; it’s cheating when you share your ideas with people who are already in the inner circle.

Go way, way outside the circle and turn to fresh eyes and a fresh head.

The six-year-old example might be a little extreme in some cases, but you know what I mean. The best Power Players I know do in fact use kids as a sounding board, probably because kids have no filter and they ask questions when they don’t understand something.

Remember, if a six-year-old doesn’t get it, maybe a 60-year-old won’t get it either.

My favourite CEO used to go to our work canteen and talk to the people in the kitchen. He’d share an idea with them and get them to react honestly.

Once he went in there and talked about a new product we were developing for a major breakfast food company and they tore the idea to shreds.

They said it made no sense, didn’t really answer a need and they couldn’t quite get it.

Then they helped him come up with something better.