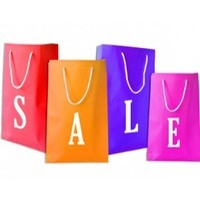 Last week, during a pricing workshop I was conducting with a legal firm, the room went deadly quiet when the female head of one of the practice areas of the firm commented that: “Discounting is like one-night stands.”

Once everyone had picked up his or her jaws from the floor, she went on to defend her statement eloquently and very well. Once you let the discount genie out of the bottle, you’ve created the expectation and conditioned your customers to think discounting is a way that you do business.

There is absolutely no doubt that discounting erodes margins. And yet, in B2C markets, consumers today enjoy finding a bargain as much as they enjoy the hunt for it. Discounting is so prevalent that Mark Ellwood is writing an entire book on the subject, Bargain Fever due out in October this year, which he interviewed me for last year.

In B2B markets, the story is the same. In a 2010 survey, almost 90% of procurement managers identified their top cost-saving initiative as pricing adjustments.

How does a firm escape the downward spiral of discounting? This is easier said than done, particularly for incumbents who are already discounting. The old adage ‘if you can’t measure it, you can’t manage it’ is the starting point. You need to understand types of discounts and how much is being granted before you can start to address it.

One of the best tools to do this is the pocket price waterfall (basically a stacked bar graph), which shows (from left to right) the list price of a product, all the various discounts granted to a customer, before arriving at the ‘pocket price’, or the amount that hits the bank account. Once the discounts have been identified and quantified, actions can then be taken towards minimising or reducing the discounts.

Discounts should be granted to reward positive customer behaviour, and withheld to encourage it. In a B2B context, this may mean that an intermediary who warehouses your product for you provides more value than an intermediary who doesn’t. It makes sense to share that saving with such an intermediary via adopting a value-based approach to the price they buy from you at.

There may also be opportunities identified via the pocket price waterfall to make stealth price changes. This could include reducing free deliveries to customers within a 75-kilometre radius of Melbourne or Sydney, rather than 100 kilometres.

The other thing to do is stop conditioning your customers to discounts. In my workshops, I have a photo of a jewellery shop with a huge sign over it, which reads:

Mr Toskana has had an expensive divorce and now needs the money, so Sale Now On!

The photo always gets a few laughs, but the serious side of it is that no one really knows when Mr Toskana will have his next sale. Will it be when he re-marries? Will it be when (heaven forbid) he gets his second divorce?

There are a couple of other things you can try to reduce discounting. Firstly, create a discounting budget for the sales force… and once it’s gone, it’s gone. And secondly, as Reed Holden points out in his excellent book Negotiating with Backbone: “It’s a negotiation, not a surrender.” If you’re going to grant a discount, get something immediate in return.

And as for putting the one-night stand genie back in the bottle, I leave that for a more qualified writer.