Proof that shares are climbing the wall of worry 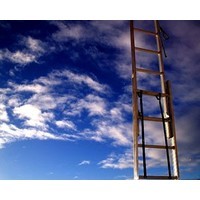 A casual observer could be forgiven for thinking that this is a terrible year for shares. Europe has continued to convulse, the US has seen growth slow to less than 2%, China’s economy has continued to slow, as have Brazil and India, and in Australia the mining boom is losing momentum.

And yet the reality has been that shares have so far had a good year, with global shares up 11% led by a 14% gain in the US, and Asian, emerging countries’ and Australian shares up 6 or 7%. Add on dividends and Australian shares have returned about 11% so far this year. To be sure, there are still lots of worries but shares seem to be, so far at least anyway, climbing the classic wall of worry. So can it be sustained?

2010 and 2011 were interrupted by sharp 15 to 20% corrections in share markets, driven by worries about global growth. This year has been no exception, although the weakness (so far) was focused in May with smaller falls in shares. Europe’s grinding debt crisis, the fragile US recovery and earlier monetary tightening in China and the emerging world have seen the global economy lose momentum. This is clearly evident in a slide in global business conditions indicators (or PMIs).

And Australia has not been immune being impacted by a sharp fall in key commodity prices, which in turn has led to the deferment of projects previously under consideration at a time when the rest of the economy is still struggling.

This is all well known and factored into markets. Following the experience of the last few years, investors have been quick to see black swans around every corner and quickly moved to price in the tail risk of a return to global recession. However, in recent months the tail risks have started to recede for the global economy.

In fact, there is a reasonable chance that we are passing through the weakest phase of the global growth slowdown that’s been under way and that global growth may actually pick up a bit over the year ahead.

> Everyone knows Europe is in recession – probably even all the pet shop galahs in Australia! But following recent announcements from the European Central Bank, Europe finally seems to have arrived at a credible and well-articulated plan to bring bond yields back under control in troubled countries.

This involves countries such as Spain applying for assistance and agreeing to reforms with the European bailout funds and the ECB then acting in concert with the bailout funds to buy bonds in order to reduce borrowing costs to more sustainable levels.

The unlimited nature of ECB bond buying effectively means that worries about the limited firepower of the bailout funds have been addressed. The ECB’s actions, once they commence, should have the effect of repairing the transmission of easy money across Europe which should take pressure of the Spanish and Italian economies and allow a return to growth next year. All Spain has to do is ask for assistance – which is likely soon as if they don’t, their borrowing costs will rebound.