Reinventing organisational learning: the emergence of the corporate university 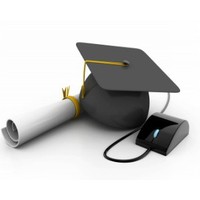 In 1989, Ray Stata – in his role as chairman of the board and president of the highly successful Analog Devices Inc. – wrote an article published in the Sloan Management Review on the vital need for management practices to become more innovative.

His article is noteworthy for many reasons, in particular though is his observation that: “The rate at which individuals and organisations learn may become the only sustainable competitive advantage, especially in knowledge-intensive industries.”

I would suggest this because the speed of change that we now experience in the external environment can no longer accommodate a notion of a more static, focused, ‘sustained‘ market  position.

A renewable competitive advantage is in turn driven by knowledge and the rate of learning in organisations. Stata became closely involved with Peter Senge, author of The Fifth Discipline, in his endeavour to crack the code of organisational learning. Senge’s five disciplines include:

Senge’s work has not been overtly adopted by many organisations in the sense that few can claim to be a truly formal ‘learning organisation’, at least not to the extent that he would have hoped. What has happened though is that his underlying philosophies have taken hold.

Increasingly, and on a global scale, there is a trend orienting towards the reinvention of the way we learn in organisations, from self-taught to the operation of an independent, internally resourced corporate university.

A corporate university (or corporate academy) is not a university owned by a public corporation; rather it is a way to shape strategy-driven learning and development.