Big Money: Household debt is why your customers aren’t spending yet, and it’s barely budged in years 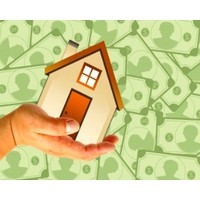 Every month, the RBA releases a pack of charts showing the changes in various parts of the Australian economy.

The May pack came out last week. One graph caught my eye.

It’s the household debt chart, which shows that while household debt stopped growing during the global financial crisis, it’s barely come down in total from its 2007 highs.

For much of the past six years, household debt has stubbornly remained equal to 150% of household annual income, and the interest rates on that debt, while falling, still remain at between 10-12%.

These figures are broad averages. But they show that for most households, though they’ve been paying off rather than growing their debt for years, have barely managed to make a dent in the debt they owe.

Households aren’t crying poor. As another chart in the pack showed, the total wealth of households has been rising in Australia for much of the past year (largely due to the financial assets held by households gaining in value).

But feeling indebted never made anyone freely open their wallet. As Australians spent more on property over the decade to 2007, as well as other things, we built a debt position that’s made us reluctant to spend for the past few years. That means we’re saving about 10% of our income – which for Australians is much higher than usual.

Many small businesses must be wondering when consumers are going to start spending again. As long as household debt remains as high as it is, and as long as consumers keep being worried about it, there’s no upturn in sight.

Unless you manage a debt consolidation business, in which case things should keep on going swimmingly.