Rich Tales: How Jan Cameron lost nearly 90% of her fortune in four years 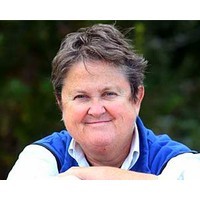 Jan Cameron spent years of her life building her fortune.

Her first company was Alp Sports, which she sold in 1987. The funds from this sale went into founding Kathmandu with her then husband John Pawson. The outdoor clothing retailer grew strongly and in 2006, Cameron, then the sole owner, sold the company to a private equity firm.

She intended to retire. But Cameron, a keen environmental and animal welfare activist who in 2011 bought Tasmania’s controversial Triabunna woodchip mill to turn it into an eco-resort, wanted more money to fund her philanthropy and activism.

She bought Retail Adventures out of receivership in 2009 for $85 million, intending for the profits from the business to fund other pursuits.

Today, keeping that business afloat has cost her $215 million of the $247 million (that’s 87%) she made from the sale of her stake in Kathmandu.

In 2012, Retail Adventures went back into administration with $200 million in debt, but the following year, Cameron bought it back.

This was despite opposition from administrators Deloitte, who argued creditors had more to gain from rejecting her buy-out offer, even going so far as to tell ASIC the company may have traded while insolvent. Cameron also faces the threat of legal action being taken against her by litigation funders IMF Australia.

Needless to say, it hasn’t been an easy choice of retirement project for Cameron. Not only has the purchase of Retail Adventure done little to fund Cameron’s environmental and animal welfare philanthropy, but it’s also taken up her time and money, and threatens to take more.

In an interview published today by The Australian Financial Review, Cameron hit back at the claims against her, saying she was being pursued by Deloitte because the firm had “nothing to lose” by doing so.

It’s the first interview the normally rather private Cameron has given for a number of months. She said turning around Retail Adventures had been “blood, sweat and tears”.

“Retail Adventures itself has turned into a charity of its own account, which has soaked up most of my cash,” she told the newspaper.

Cameron was once Australia’s fourth richest woman. But on the last BRW Rich List, released in May this year, she had slid down to 13th with an estimated $75 million.

She was brought undone, in part, by the financial crisis. Cameron, one of Australia’s most experienced retailers, struggled to turn around Retail Adventures in the recessionary climate. For a business struggling with a high debt burden, it was the worst time to get the banks to extend terms.

But Cameron does take some of the blame, telling the AFR that she didn’t slash costs aggressively enough when she first bought the business. “A lot of the restructuring we’ve done this time around is what we should have done the first time,” she said.

Many say that the first million is the hardest. But Cameron’s trials show the next quarter-billion can be just as hard as the first.