Rich Tales: In China, landing on the rich list can see you arrested 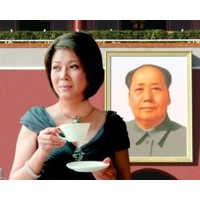 Some rich listers take pride in their fortune. Others are ambivalent about being singled out as among the world’s wealthiest.

But few fear rich lists as much as members of China’s ruling elite do.

The nominally communist country still pays lip-service to equality. But it’s a land increasingly divided between rich and poor. Thanks to technology and the rise of Chinese blogging and social networking, it’s become impossible to hide this.

This month, Chinese financial magazine New Fortune estimated the fortune of Kong Dongmei, along with husband Chen Dongsheng, to be worth some five billion yuan, or $815 million.

The twist is that Kong is the granddaughter of Mao Zedong, the founding father of communist China. She runs a bookstore specialising in communist culture, and has written four best-sellers about her grandfather.

Mao himself is known to have ruled China in luxury. But during his day, that could be largely obscured from the masses.

Not so for the third generation. Along with publishing the family’s wealth, New Fortune also wrote that Kong has three children, a violation of the one-child policy. Wealthy Chinese have in recent years been easily able to get around this law, even as their poorer, less-connected countrymen find themselves relying on a single child to help them in their frail old age.

Kong, it must be stated, married into wealth rather than inheriting it. Her husband, Chen, made his millions through running the country’s fourth-largest insurer long before the couple married in 2011.

This hasn’t stopped Kong being accused of hypocrisy.

“The offspring of Chairman Mao, who led us to eradicate private ownership, married a capitalist and violated the family planning policy to give birth to three illegal children,” wrote Luo Chongmin. Luo is a government advisor in southwest China. His statement is typical of how many in China now view Kong.

She’s not the only Chinese millionaire to be put in difficult circumstances by having her wealth publicly known.

In China, extreme wealth is increasingly common, but remains dangerous. This isn’t just the case with wealth accumulated through business. It’s not uncommon for winners of lotteries in China to collect their winnings wearing masks. According to a China Daily poll, 91% of Chinese people think the rich got their wealth through political connections, and only 16% think it was partially achieved through merit.

Last year, an academic paper by three Chinese academics tracked the peril that plagued the fortunes of Chinese millionaires after having their details published on the Hurun Rich List, published annually by former Forbes researcher Rupert Hoogewerf.

“We find that, when the Rich List is announced, investors react negatively to the companies controlled by the Rich List entrepreneurs,” the researchers wrote. “In addition, the market values of these companies drop significantly in the following three years, which indicates that investors perceive inclusion in the Rich List as a form of bad news.

“Second, under public pressure, the government tends to scrutinize the Rich List entrepreneurs and their affiliated companies more closely.

“We also find that, after being included on the list, entrepreneurs are far more likely to be investigated, arrested and charged compared to other private entrepreneurs.”

This isn’t an unusual occurrence. Plenty of Chinese billionaires have been arrested in recent years. For example, Zhou Zengyi was once China’s 11th richest man, with a fortune of $320 million according to Forbes in 2002. He’s since been arrested twice and is serving a 16-year sentence for bribery and embezzlement.

It’s always unclear whether these arrests are politically motivated, or whether the government is just doing its job and cracking down on white-collar crime. However, it’s clear China’s wealthiest only start being scrutinised once their fortune is published by some magazine or other.