Rich Tales: Meet the man with millions riding on the September 7 election 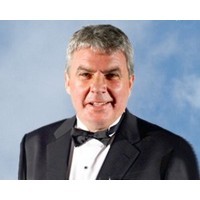 There are few people in this country likely to rue the day Rudd returned to power as much as Anthony Podesta, the founder, director and 9.7% owner of salary packaging company McMillan Shakespeare.

Earlier this year, he was worth $111.14 million, as the company he founded enjoyed a steady sharemarket rally over several years.

And then, in a bid to pay for the axing of the carbon tax, Rudd announced the axing of the statutory method of calculating fringe benefits tax, which could decimate McMilllan Shakespeare’s highly profitable salary packaging business.

On July 16, shortly after the government’s press conference, the stock plunged from $18 to $15.36. The company’s management hurriedly announced a trading halt, which they begged the ASX to extend until after the election. The ASX said, ‘no dice’. And so by July 24, the company floated again, and promptly lost more than half its value. On Friday, it closed at $8.70.

This has been disastrous to Podesta’s fortune, which is half what it was this time a month ago.

Formerly a Melbourne-based economics teacher, Podesta struck out on his own as an accountant in the late 1980s. He went on to found McMillan Shakespeare in 1989.

The business was made possible by Paul Keating’s decision in 1986 to enact the fringe benefits tax legislation, which allowed employees to salary package. It was a somewhat esoteric change. “No one understood it and no one knew what it was,” admitted Podesta in November last year. Nonetheless, Podesta saw an opportunity. So he mortgaged the family home to start a one-man salary packaging business.

It paid off. Until last month, McMillan Shakespeare, which floated on the ASX in 2004, had a market capitalisation of over $1 billion. Podesta, who stepped down as CEO in 2008, has benefited from this. Aside from his fortune, he was crowned the Ernst & Young entrepreneur of the year in November last year.

Today, McMillan Shakespeare has more than 800 staff and handles salary packaging for more than 1000 businesses, which included the leasing arrangements for over 45,000 cars.

The legislation enacting the change in the fringe benefits scheme has yet to be passed by Parliament. Given an election has been called, it’s won’t happen before September 7. The opposition has said it will not pursue the change. But should the government be re-elected, it will likely be enacted in its next term.

Podesta, along with the owners of several other salary packaging companies, must be holding his breath for the election result.

And for investors, buying McMillan Shakespeare shares is a clear bet on the outcome of the election.

It’ll be interesting to see how the stock fares over the next four weeks. It’s probably in for a bumpy ride.