Rich Tales: Palmer’s off to Canberra, but what do we really know about him? 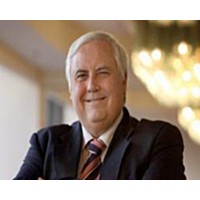 Here at LeadingCompany, we’re used to reading and reporting on Palmer’s crazy schemes.

So it was with some measure of surprise that I watched one come to fruition on Saturday.

Billionaire Clive Palmer, the founder and leader of the newly formed Palmer United Party, has taken the seat of Fairfax from the Liberals. He’s on his way to Canberra – and he’s taking two senators with him.

Clive Palmer’s party won 5% of the national vote – a staggering result given this is a party formed merely months ago, and is mainly staffed by Palmer’s employees and friends. It looks like Palmer’s United Party won senate spots in Tasmania and Victoria.

We had some broad policy strokes from Palmer during the campaign. He wanted to lower income tax rates by 15%, raise the aged pension by 20%, and pour $80 billion into the health system (an unsurprising goal – Palmer’s first wife died of cancer, and he’s often said she wouldn’t have gotten the care she needed if it weren’t for him being independently wealthy).

Palmer also wants to encourage people to work two jobs by halving the tax rate on the second job, and abolishing fringe benefits tax entirely. He’s pro-asylum seeker (he wants to fly them in on planes with no visa required) and plans to “turbocharge” economic growth by allowing companies to pay tax annually instead of quarterly.

But with just himself in the lower-house and just two senators, Palmer isn’t going to get all he wants.

So what’s he likely to focus on? Perhaps here, we can look to Palmer’s life for clues.

For a man so well-known, and so well-loved, there’s relatively little known about Palmer’s life story.

That’s Palmer’s doing. His pronouncements come at so rapid a frequency I could fill this article with thousands of words just on things he’s said and done in the past few months.

But Palmer will be in parliament for the next three years, and we can expect to hear from his men in the Senate for the next six. A broader view is warranted.

Palmer’s life story has most recently been told in Clive: The Story of Clive Palmer, written by The Australian journalist Sean Parnell and released earlier this month.

According to the biography, which benefits from extensive interviews with the man himself, Palmer’s life has been characterised by incredible audacity, unyielding self-belief, unrelenting litigiousness, an inability to give up, and a desire to leave his mark on the nation’s character.

Palmer’s early life was comfortable enough. He grew up in a well-travelled and enterprising family, but didn’t inherit much financially. He did benefit from a good education and a broad worldview, developed through numerous round-the-world trips with his globe-trotting family in his childhood.

He did well enough academically to get into university but not well enough to shine. He never completed his degree.

For some reason, Palmer’s education was interrupted and never completed when he moved to South Australia for a while.

According to Parnell, while Palmer was working as a trainee lawyer in Queensland, he blew the whistle on corrupt police who he believed were falsifying confessions. He took his concerns to a junior state Liberal MP. It’s not clear what happened next, but a few days later, he found himself demoted to delivering the mail, seemingly ending his ambitions to be a lawyer. Clive told Parnell he received a phone call soon after telling him his days were numbered if he did not leave Brisbane, prompting him to relocate to South Australia.

That clandestine episode would plant the seeds for Palmer’s enduring distrust of the Queensland Liberals. He would feel much more comfortable with the National Party for the rest of his life.

Palmer’s first business success came in real estate, where he displayed a unique talent for spruiking property. Over a number of years, he amassed a $40 million fortune.

He would sink most of this into trying to buy some land in the Pilbara which had plentiful iron ore, but was too expensive to mine. Palmer paid the deposit, and then went to Russia to try and scrounge up the funds to buy the whole thing up. His fund-raising trip failed, and it looked like Palmer was going to lose his investment. However, his enterprising lawyer then found a technicality that gave Palmer control of the land at a fraction of its value – the company selling it to him had failed to pay some state royalties, thus negating their contract with Palmer to keep paying the dues on the land.

So Palmer became a mining baron. Or, at least, he had some land with a lot of iron in it. It would be years before a deal with a Chinese company to extract this ore catapulted Palmer onto the rich list.

That latter half of Parnell’s biography concerns itself with the political wheeling and dealing, imagined and real, that has caused Palmer so much angst in recent years.

Palmer has been involved in politics his whole adult life, going right back to high school when he was a prominent Gold Coast anti-abortion campaigner. But in recent years, Palmer’s wealth, and his willingness to splash it on the causes he approves of, has bought (oft denied) accusations of nepotism and corruption.

Palmer donated half a million to the Queensland Liberal National Party in 2012. But his relationships with Liberal branch of the party have been testy for decades (going back to his spoiled legal ambitions) and utterly poisonous in recent months.

He was publicly critical of Queensland Premier Campbell Newman’s public service job cuts in Queensland, going so far as to donate $250,000 to a union fund to support sacked public servants.

Queenslanders would “not put up with this sort of rape on their state and I won’t put up with it either,” Palmer said of Newman’s cuts, calling on the LNP to roll the premier by Christmas.

For that, Palmer was stripped of his life membership from the party.

And so, he founded his own.

So, what will Palmer be like in the House of Representatives?

He’ll undoubtedly be conservative, in much of the traditional sense of the word. He’ll be pro-China, pro-free trade, and pro-migration, as these are all issues he’s been passionate about that have in part underpinned his success in business.

However, Palmer is not ideological.

Over the years, he’s been personally associated with the Liberals, the Nationals, the break-away Liberal Movement (an alternative Liberal party originating in South Australia). But he’s also donated generously to Democratic causes in America (notably the JKF Presidential Library) and even to the union movement when he agrees with its causes. His allegiances tend mainly to the conservative side of politics, but he’s wined and dined with the rest of the over the years.

We can’t expect Palmer to be anything other than a maverick in parliament. His vote will go to both sides, though given the Liberal domination of the lower house, it’s unlikely to make much difference either way.

It’s been years since Palmer’s had to work hard for an audience. But we can expect him to use his new-found parliamentary privilege to push his views, and his thought-bubbles, to a wider audience.

We’re going to be hearing a lot more from Clive Palmer. And while everything he says should be taken with a grain of salt, he might yet have something important to add to our nation’s politics. His eccentricities aside, if one thing is clear from Parnell’s biography, it’s that Palmer wants to leave an impact.