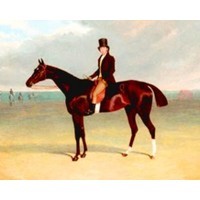 Big money and even bigger names are on display in the papers this week, as John Singleton keeps on slogging it out with legendary horse trainer Gai Waterhouse.

Rich lister Singleton accuses Waterhouse of giving information about one of his horses to her bookie son, Tom Waterhouse. It’s a charge both Waterhouses deny, but one we’re likely to hear plenty more about.

Singleton and both Waterhouses are fronting an inquiry in Sydney today which aims to get to the bottom of just what, if anything, happened.

Australia’s rich listers are well represented when it comes to our racetracks, and their names frequently pop up with the fortunes of their horses.

This isn’t surprising. Like owning a yacht, owning a horse is a rich person’s game.

Yet the cost of buying a horse pales in comparison to the cost of keeping one. According to a survey conducted by Horse SA last year, it costs over $15,000 a year to stable a horse to minimum welfare requirements. Racing horses can cost another $20,000 a year in training.

Owning a champion horse, well, it’s even more expensive. Especially when you add in a famous name for training.

Here are just a few of the rich listers no doubt carefully watching the Singleton-Waterhouse fall-out:

Williams, worth $800 million, is the proud owner of Green Moon, which won the 2012 Melbourne Cup.

And a whole lot of other horses besides. Green Moon’s win last year was Williams’ fourth Melbourne Cup win. He had last won the race in 2007 with Efficient, and horses he owned with others won in 1981 and 1984.

Williams made his money in property investment, largely through Hudson Conway, which he cofounded with former Melbourne mayor and Liberal Party treasurer Ron Walker.

This must come in handy for Harvey, who has focused much of his time on horse breeding in recent years. He runs a huge operation, keeping more than 150 racehorses in training with between 50 and 60 trainers throughout the country.

Harvey made his fortune through Harvey Norman, which he still chairs. In 2012, he was valued at $1.1 billion.

In 2008, Bob Ingham sold the iconic racing empire he and his brother built for $500 million. For about forty years, his brother Jack had fielded many a champion sprinter.

The Ingham family is famous, of course, for its poultry operations.

Bob Ingham, who sold off his poultry business to TPG last year, is worth $1.15 billion.

The Rowsthorns, together worth $515 million, made their money in transport and logistics, most famously with Asciano Group and Toll Holdings.

Peter Rowsthorn sold his thoroughbred racing studios in 2011 for $5 million, after buying it only four years earlier. But he’s not the only Rowsthorn with a love of fast horses. Mark Rowsthorn’s horse Baughurst bought in nearly $700 million in winnings up to 2010.

Moraitis is Australia’s largest fruiter. And for years, he was also one of the country’s largest and most successful racehorse owners.

But he’s getting out of the racing game, he announced late last year.

“No one loves racing more than I do. I think racing’s a wonderful sport and it’s been so good to me,” he told Fox Sports. “I don’t want to turn my back on it.”

Moraitis said he is “cutting down”, though insisted it “won’t happen overnight.”

Moraitis horse Might and Power won the Caulfield and Melbourne cup in 1997, and the Cox Plate the following year.

Nathan Tinkler is a recovering horse owner, so perhaps the Waterhouse-Singleton affords him a sense of relief.

Tinkler sold one of his stars, All Too Hard, to Gerry Harvey in December last year, and last month, he placed his entire Patinack Farm operation – comprising of 1,000 horses and several properties – on the market.

It was one of the last things he sold as he tried to save his fortune, showing just how dear horseracing is to his heart. As his heavily-leveraged empire crumbled, horse-racing became a luxury he couldn’t afford.