Rich Tales: The four secrets behind how the BRW Rich 200 made their fortunes 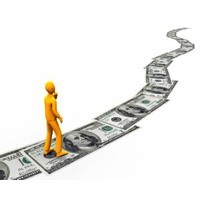 Reading through the stories of the 200 richest people in Australia, as ranked by BRW last week, it quickly becomes clear that no two fortunes are the same.

But there are commonalities in how Australia’s 200 richest people got that way.

The men on the rich list (all but 14 are men) worked long and took risks to get there. They chose strategic industries and saw their fortunes rise with global trends. They bet on economics as well as on themselves.
Want to join the Rich List? Here’s how to do it:

The majority of the names on the Rich 200 are there because they started and led a business to national and global success.

But not just any business. Certain industries stand out.

For all we wring our hands about the future of retail, plenty of the fortunes on the Rich List were made off businesses that did just that. In fact, 27 out of the 200 made their fortune in retail.

Another area that can make you a fortune if you do it right is technology. As we revealed last Thursday, there are four Smart50 winners on the list, and all of them made their fortune in IT.

There are a few reasons why tech businesses make so many people rich. For one, your running expenses are likely to be relatively lower, giving you strong margins if your model is sound. Not to mention technology businesses can be scaled up relatively quickly, which makes them ripe for growth and economies of scale.

And when sold, technology businesses can command multiples far in excess of many other industries, landing their founders in the money even if the business itself isn’t making much money yet.

2. Failing that, invest in property

It’s not just a successful business that can make you rich. A full quarter (52 out of 200) made their wealth in property.

In Australia, this figure hasn’t budged much for the last 30 years. No other single investment has been as likely to deliver steady returns over the past three decades.

Many businesses are founded by groups of two or more people. To get around the difficulties of separating out jointly held fortunes, the BRW list can consider cofounders and families to hold a fortune jointly. You’d think that, given this is the case, there would be plenty of duos and trios on the list.

But this isn’t the case. There may be benefits to working with a cofounder, but when it comes to making a lot of money, the experiences of the Rich Listers suggests you’re better off going alone.

In the 2013 list, there are a few families, but no cofounders. Atlassian cofounders Mike Cannon-Brookes and Scott Farquhar are both on the list, but with separate entries, holding $250 million apiece.

4. All work no play makes you very, very rich

At an age when most Australians are looking forward to retirement, plenty of people on the list are still signing deals and making money. For example, 86-year-old Len Ainsworth could have been happy resting with one company, Aristocrat. But in his 80s he built another – Ainsworth Game Technology – whose shares rose 400% last year.

The average Rich Lister is 65 years old, but far off retirement. Plenty of them aren’t the type to relax and smell the roses anyway. For example, Glencore Xstrata chief Ivan Glasenberg (fifth on the list with $5.61 billion) recently said that his staff “don’t do” work-life balance. Instead, he said, they were all rich.