Rich Tales: The world’s richest are more numerous than ever, but they’re being cautious 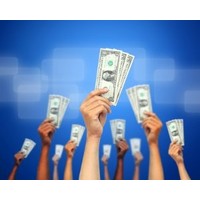 The world’s wealthiest have recouped the losses incurred in the 2008 banking crisis, and are now richer and more numerous than ever.

Today there are more than 103,000 of what wealth watchers call ‘ultra-high-net-worth-individuals’, usually referred to as UHNWIs. To rank as an UHNWI, you need at least $30 million in assets. On top of that, there were 12 million high net-worth individuals worldwide, defined as those with $1 million in investable assets. There were 9% more high net-worth individuals this year than last.

Those figures are from an annual wealth report released last week by RBC Wealth Management and consulting firm Capgemini. The ranks of the world’s wealthiest grew strongly last year, following on from another healthy rise in 2011, when the numbers of the super-wealthy first hit pre-crisis levels.

The United States has had a run of positive economic figures in recent months, and the report unearths another. The number of high net-worth individuals in North America increased 11.5% in 2012 to hit 3.73 million. This put North America back on top as the continent of millionaires, eclipsing the Asia-Pacific, which grew 9.4% to boast 3.68 million millionaires, of which 207,000 live in Australia.

The report was prepared for wealth managers, so it looked in some detail at the investment preferences of the world’s richest. It surveyed 4000 global high net-worth individuals about how they like to invest their money and unearthed an interesting paradox.

Leverage and risk are how entrepreneurs get wealthy. But the wealthy people surveyed for the report showed a clear bias towards conservative asset allocation, putting nearly 30% of their wealth into cash and deposits.

This aversion to risk applied across all ages and wealth levels, and, the authors write, suggests a low level of trust in financial markets.

Japanese millionaires were the most likely to leave their wealth in cash, while North American investors favoured equities (putting nearly 30% of their money into the stock market). Australia’s millionaires put more of their wealth than the global average into property, which is unsurprising, given a quarter of the people on the Rich List got there through property investments.

A preference for cash wasn’t the only sign of caution those surveyed displayed. Even when they did invest in shares and property, most of the millionaires said they invested around 80% of their assets in their home country, as opposed to seeking out wherever in the world they could get the greatest return.

“Given recent market rallies, there is little doubt that the high allocation to more stable assets has likely caused some HNWIs to miss opportunities for wealth growth,” the report states.

“However, this is often a conscious decision as some HNWIs willingly forego returns in exchange for the safety of capital. As the global economy stabilizes and markets expand, HNWIs seeking growth will have the potential to put more of their wealth to more productive use.”

This is interesting because global interest rates are low. Low interest rates mean low returns for cash deposits, meaning investors would do well to pivot out of cash, as many wealth management advisers say.

It’s good advice. But it seems that for one reason or another, the world’s richest are favouring far more conservative investment strategies than the ones we’re normally advised to pursue.

Maybe they figure that once they’ve hit the jackpot, there’s little to be gained in jeopardising that. Or, perhaps, they’re still cautious about the global economy.