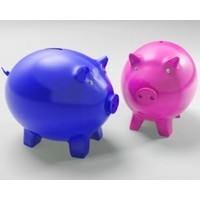 If we go by Australia’s annual Rich List, starting a business certainly isn’t the easiest way to be wealthy. But it is the most common.

Only 29 of Australia’s richest 200 people inherited their fortunes. The rest are ‘self-made’, as the saying goes.

Given the entrepreneurial slant of the Rich List, you’d expect it to include far more women.

After all, women start new businesses at twice the rate men do, according to a BankWest analysis.

Of course, we could just put this down to the systemic discrimination women face across all facets of society. Women on average still earn less than men, and are promoted less quickly. They are disproportionately employed in low-paying industries like nursing and teaching, while men are disproportionately employed in things like banking and mining.

But even by global standards, Australia’s Rich List has fewer women on it than is the norm.

Either women are far more discriminated against in Australia than they are in our Western counterparts, or other factors in Australia double their disadvantage when it comes to financial clout.

My feeling, and I’m going on gut instinct here, is that Australian women are not significantly more discriminated against than those in America.

So the question remains: why aren’t there more Australian women on the rich list?

Yolanda Vega, the CEO of the Australian Women Chamber of Commerce & Industry, offers a sectoral explanation.

“Women in general go into service-based industries, where it’s far more difficult to get access to capital to expand those businesses,” she says.

On the 2012 Rich List, more than 20 fortunes were made in resources, an area with typically few women. According to the Australian Women in Resources Alliance, a body that tries to get more women into mining, only 13.4% of those employed in Australia’s mining industry are women.

Access to capital can’t be denied either. When Rich Lister and Nutrimetrics founder Imelda Roche went for a bank loan, she was only extended one when it became clear her business was a partnership with her husband.

Vega says even when there’s no overt discrimination at play, women can still shrink from giving banks the assurances they want to lend money.

“If I’m a woman, and I go to an angel investor, the male investor – and they are usually men – they will say, have you sold your house? If you go to a bank, they’ll say, sure, we can give you some money as long as we can have equity in your house.

“Women tend to say no to these sorts of things. They don’t feel comfortable taking the same risks as men.”

Naturally, that doesn’t explain why there are fewer female Rich Listers in Australia than overseas.

Maybe the reason there aren’t more women on our Rich List relative to those of other developed countries is precisely because so many of our millionaires are self-made.

In the wake of the recently released Sunday Times Rich List, many celebrated the record number of women to make its ranks. However, the percentage of them who didn’t inherit or marry into their wealth is tiny, leading Spear’s journalist Sophie McBain to write that the “vast majority of women on the list owe their fortunes to rich parents, rich husbands or rich exes (in total five women made it on the list thanks to divorce)”.

It’s a criticism one can make of other lists of rich women. When our sister site, Women’s Agenda, published a list of the 12 richest women in the world, only two didn’t inherit their wealth.

Australia has only a handful of rich families who have bequeathed wealth to their daughters.

Add a mining boom which has inflated the fortune of many men and few women, and maybe that’s the answer to why there are so few women on the Rich List.