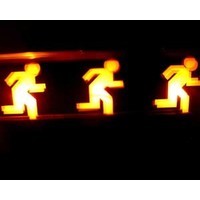 Moving jobs at a senior level involves considerable risk. That’s the reason boards are willing to negotiate good exit clauses for their top executives, says remuneration expert Michael Robinson of Guerdon Associates. “It opens up the recruitment options and makes you more reasonable as a potential company to work for,” Robinson says.

However, few senior executives use their leverage to negotiate strong termination and departure clauses, according to Kathryn Dent, a director of an employment law firm, People + Culture Strategies (PCS).

Instead, leaders focus on pay. “The major points of negotiation in senior executives’ employment contracts have focused on benefits such as bonus payments, commissions and share options,” Dent says.

Exit payments have traditionally been non-negotiable. This is changing, and for good reason.

Conditions such as restraint clauses – in which leaders are restrained from finding work with rivals –can make it difficult to secure a new job, and/or can land executives in court.

Losing the top job can end a career, says Robinson. “One you are fired at the top, when you are at the top of your game, your career is ended. And you are in your 50s, not in your 60s,” he says. “At the top level, it is like drinking from a fire hose: you just have to keep gulping it down and not spill a drop.”

Executive movement globally is at a seven-year high, according to research by consultants Booz & Co, and will increase when economic conditions improve. Given the risks, executives are driving a harder bargain on exit clauses.

“The main thing for executives is thinking ahead,” Dent says. “When you are presented with a contract, think about what happens when that employment is terminated. What benefits will I receive, and what the contract restrict me from doing?

“There have been high-profile cases where restraints have been enforced. While it is difficult, courts will recognise a company’s legitimate business interests. If the geography of the restraint, the nature of the activities and the time are reasonable, the restraint will be upheld.”

Boards face legal constraints on what they can offer executives on termination, Robinson says. “Under the Corporations Act, the maximum someone can be paid on termination is 12 months of their average fixed pay, which counts everything in their salary package. If you have a termination that also requires a restraint from competing, which is covered by the Trade Practices Act, then the total payment still has to fit with within 12 months of average fixed pay.”

Boards are trying to protect shareholder interest when they require restraints in exit clauses, Robinson says. “The person has built up in-depth knowledge. They might have acquired a great team, so the restraint might be you can’t poach our team. That team may be the best in the business, and you have to protect your assets: your people, customers and intellectual property.”

On the executives’ side, the court will only uphold restraints that are reasonable. For example, a restraint not to steal the employer’s clients would be too wide; not to take clients that the executive was working with directly would likely hold up.

Dent says: “If the court realises the restraint is so wide that you cannot make any money, they are unlikely to uphold it. Restraints that are really lengthy, or say you can’t work in this industry, are the type that would be considered too broad.”

The first step for executives is to review their contract and request changes.

However, executives need to pick their battles, Dent suggests. “A good strategy is for executives to understand which of the changes they will not compromise on, and which they are prepared to relent on.”

For example, it is common for contracts to include bonuses and incentives; what happens with these on termination is often not clear. “Negotiation for a pro-rata type of bonus is possible, as is limiting the discretion that the employer has to withhold the bonus.”

C-suite executives – chief executives, chief information officers, chief financial officers, etc – are in the best bargaining position. Robinson says that in Australia, with just a few companies dominant in each industry sector, there may only be two or three realistic candidates for a leadership position.

However, all executives should have a go at negotiating their exit clauses, such as putting up the length of notice up from three to six months to allow time to secure a new position.