Hate your headshot? Get over it and take control 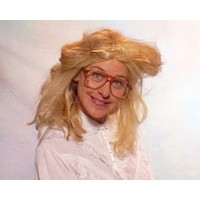 In the age of the internet, the picture is king.

From the moment you enter the workforce to the time you leave it, you’ll be followed by various photos taken of you. These photos will be available in Google searches, attached to social media profiles. In other words, it is very difficult to distance yourself from your photographic image today.

It’s possible that you had relatively little input into the process of your corporate mug-shot; a photographer turned up, you smiled and that was that.

But that’s no way to do things if you’re serious about your personal brand, says corporate branding expert Jon Michail.

“If you don’t manage your image, someone else will,” he says.

Photographs play a big role in telling a story. That’s why iconic business leaders pay close attention to their photography.

“Richard Branson’s photos are always managed. Bill Gates managed his photos too. When he used to wear the jumper, that was chosen to fit with his image. Warren Buffett [is another one] for that matter. He keeps on talking about how old his suits are. That’s his brand and that’s what you see in his photos.”

Closer to home, respected business leader, the late James Strong, was rarely photographed without his bow-tie – a quirky, unusual addition to his otherwise demure corporate uniform.

But plenty of business leaders don’t get as far as tweaking their image: they hate being photographed and work instead to minimise the occasions in which it’ll happen.

“If I could get a dollar for every time someone told me they hate their photos,” muses Michail. “It’s such common feedback.”

It’s an attitude that the former fashion designer doesn’t place much stock in. “This is my experience. When someone’s confidence and assertiveness is high, they magically turn photogenic. And that seeps into everything, including into their photographs.”

That’s why leaders should take an active part in seeking out a photographer they like, and why they should never be photographed doing something they’re uncomfortable with – even if a professional suggests it, Michail says.

“The photographer wants to do it their way. They might say drop the tie, or stand like this. But that might not be suitable to your brand. And that’s up to you to manage.”

However, that doesn’t mean everyone can get away with Branson-like poses. Leaders have to tread a line between being authentic and being corporate.

It’s simply not something leaders can ignore. The profile and influence you’re working to gain will be supported or undermined by the images you supply. Make sure you have one that you like on hand.