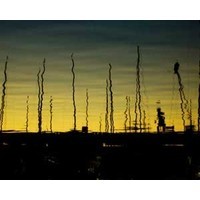 Trying to push through the obvious signs of burnout and exhaustion at work will inevitably lead to a bigger crash in the longer term.

It means taking some time off to recharge the batteries is an important strategy for ensuring career longevity and happiness. And just like in working life, smart runners and coaches know that sometimes it pays to hit the reset button. Burnout among business leaders isn’t uncommon and in runners it’s equally prevalent.

The temptation to keep training through niggling injuries or to ignore the fact that you’ve been flat for weeks is usually driven by fear of losing fitness or slowing your long-term progression. This is where you need to ignore those inner demons that only talk of harder work leading to successful training outcomes.

Top athletes coached by clever coaches schedule regular and long rest periods following periods of intense training and competition. This could even be a month-long rest from running – an almost unthinkably long break for most runners, I know. Extreme training at the elite level requires longer rest and recovery periods than for regular runners like you and I, but the theory is applicable for every runner, no matter what your level of ability.

So what would a reset and rest period look like for an average runner? I recently hit the reset button for my own running, so I’ll share some of the rationale behind it. The reset program is a personal decision, comprised of what rest you take and other training you might introduce. To give you an idea, I’ve had a two-week break for the first time in two years of running. In hindsight, I probably should have done it earlier. I wasn’t training that hard or racing frequently and I wasn’t injured, although I had developed a couple of niggles that were beginning to be annoying. Generally I was feeling a bit flat and not enjoying my running that much, so taking a break was a logical thing to do.

I’m about to start easing back into running as I feel like it. To be honest I’m looking forward to running again, which is as good a reason as any to take a break: a mental recharge is just as important as physical recovery. I’ve also reinvigorated my strength-training regime – getting at least a couple of intense sessions in per week. Already I can feel the minor aches and pains fading in favour of renewed strength and a bit of verve in my stride as I run for a tram or try to outwit Melbourne’s fervent parking inspectors.

Having an exclusive strength-training period scheduled into your training year isn’t a bad idea – you can focus on building some much-needed running muscle without having to worry about being a bit sore on your training runs. It also provides a distraction for those who can’t bear the thought of a complete rest period – I confess I’m one of these. So if you’re struggling to find the spring in your step or not enjoying your running as much as you’d like, consider smashing the reset button hard and fast.