Should you pay for a mentor? The mentors who charge millions 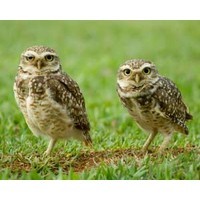 Business mentors are invariably described as “invaluable” and “priceless” by the businesspeople they work with, but a growing industry now surrounds what was traditionally an unremunerated position.

Mentors such as Anthony Robbins, who has mentored Hugh Jackman and Andre Agassi, reportedly charge millions but for many entrepreneurs, such as the founder of Carman’s Fine Food and the chief executive of the OrotonGroup, the idea of paying a mentor is anathema to the idea of mentoring.

Richard Hames, corporate philosopher and futurist, mentors 12 people at a time and amongst those 12 are chief executives, entrepreneurs and a young heiress to a fortune.

“For most successful people, in order to go on that journey from success to significance, they have a mentor or they have people that they go to for advice,” he says.

Hames mentors people for a minimum of one year and admits he charges “a lot” for his services. “It is part of my business,” he reasons.

For the fee, the people Hames mentors get a two-day retreat where he “unpacks everything” to arrive at a new plan for their lives.

He also meets with them for at least half a day a month, regardless of where they are in the world, and talks with them on Skype at least once a week, usually for about an hour or so.

“The investment in mentoring is well worth it, whatever you pay,” he says.

“There is a range from Robbins, who charges millions, to people who are extremely good and would perhaps only charge $1,000 a day.”

Hames says his own fee for mentoring “sits somewhere in-between that”.

Australian business and lifestyle coach Andrew Roberts offers a mentoring service for which he charges $30,000 a year, money he says is well spent by the people he mentors.

“Under mentoring, a business owner can achieve a years’ worth of goals in three months, that’s my mission and you do that through working smarter not harder,” he says.

“But saying that, a good mentor puts their money where their mouth is, and if after three months it is not working then I would refund the money and hand it back.”

Roberts mentors around 40 clients over Skype and says there are advantages to paying for mentoring.

“As soon as it becomes a paid transaction the mentoring becomes a lot more focused, serious and organised and I think there is a lot more chance of success,” Roberts says.

“I believe a great mentor has been there before you, if a business wants to grow to be a multi-million dollar company you have to ask, has the mentor done that?”

To pay or not to pay?

Dr Hilary Armstrong, director of education at the Institute of Executive Coaching, believes there is room for both paid and unpaid mentors in business.

Senior mentors at the Institute of Executive Coaching charge around $800 to $900 an hour but if you have 10 sessions that cost goes down.

“I think what this reflects is the history of mentoring, it’s an ancient tradition going back to the original mentor in the story of Ulysses. Ulysses asked an older wise man in the village to look after his small son while he went off to fight in the Trojan War and the man’s name was Mentor and that was where it came from,” she says.

“I think long-term mentoring relationships are usually an unpaid relationship and sometimes that emerges out of a more structured program.”

However, Armstrong says there is a role for paid mentors as well as informal unpaid mentoring.

“It’s sad to say but people seem to value them more particularly if they are short-term relationships, if they are paying for them,” she says.

That’s news to Carolyn Creswell, founder of Carman’s Fine Foods, who does not pay for mentoring or charge the nine people she mentors.