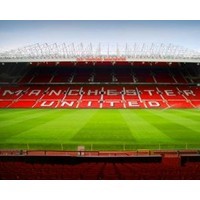 In professional soccer, stints at the top of the best clubs are precariously brief.

That alone would make the 27-year reign of Sir Alex Ferguson as manager of Manchester United extraordinary.

But after he announced his retirement last night, Ferguson’s longevity is far from the only reason the soccer world is marking the end of an era. In his quarter-century at the club, Ferguson led his team to 13 titles, making him the most successful manager in English soccer history.

He was knighted in 1999 for his services to football, becoming only the eighth manager to receive the recognition. He was already a soccer legend then.

Today, Manchester United is one of the world’s most successful sporting clubs and most well-recognised brands. But before Ferguson started calling the shots at Old Trafford, the club had gone 26 years without a league title.

Mark Bosnich, who played for Ferguson at Manchester, described his former manager as a leader who had “stood the test of time.”

A skilful manager focused on the long term, there’s a lot business leaders can learn from Sir Alex.

Ferguson was famous for staying close to his players, but also being able to discipline them when they didn’t play up to the standards he expected.

Ferguson wasn’t afraid to use anger or emotion to get a point across. When Bosnich was 18-years old, he played goalie for a Manchester United under-twenties side. One cold November morning, he let in a free kick at the edge of the goal.

Ferguson’s son was on the same squad, so Ferguson was watching. And he was furious with Bosnich, the now Fox Sports commentator wrote this morning.

“‘How did you let that go in on your side,’ he thundered.

“‘And if you don’t take those pants off, I’ll send you up to [Scottish club] Aberdeen on loan and make sure you train in shorts all the time. This is not Bondi Beach, buddy – get those pants off and you better make sure we win, second-half!’”

And win they did, for which Bosnich was rewarded with a wink from Ferguson.

Ferguson was also known for maintaining the chain of command. No player, no matter how successful, was ever able to last long if they didn’t fit into the plan for the team Ferguson wanted.

“We’ve seen that in the case of David Beckham,” says Nic Ferraro, the founder and managing director of trade publication Sports Business Insider. “Anyone who doesn’t fit the mould – who doesn’t buy into the vision or the dynamic of the team – exited the club.”

But even those who exited under bad circumstances, Ferraro says, usually had glowing words to say about their former manager.

“That loyalty is something which has been embedded within the club. Other clubs – like Arsenal – also have great managers, but they don’t have the same buy-in. But 99% of those who leave Manchester United always talk about their respect for Alex Ferguson. That’s how much loyalty they have to him.”

Stability as a point of difference

At least some of Ferguson’s personal clout can be attributed to his longevity. After all, he’s been coaching Manchester United for longer than most of his players have been alive.

“There’s a whirl of instability around much of the larger clubs,” says Mateo Szlapek-Sewillo, a political speechwriter who recently completed a research degree on the intersection of soccer and nationalism in Europe.

“At Chelsea – you wouldn’t know season-to-season who’s running it now. But with Ferguson, there was very little speculation about the future of the coach. That made Manchester United a very, very stable institution whose players could just focus. That continuity and stability has been a really point of difference for the club.”

Ferguson combined this stability with an ability to change things up as his competition evolved.

“The most amazing thing about his coaching is that he wasn’t just able to build one, successful, title-winning team. He was able to regenerate that team over and over again. As soon as another team figured out his style of play, he’d do something, or bring in a new set of players.”

A board willing to back their man

Szlapek-Sewillo says Ferguson benefited from unique circumstances. In the 1980s, soccer wasn’t as corporatised or wealthy as it is now. And Manchester United had had a few crummy decades and was desperate to improve.

“The high stakes around the game now – particularly in England – have led to a model of ownership that concentrates all ownership in an individual. “

For example, Chelsea is owned by [Russian business tycoon] Roman Abramovich. A lot of them have trigger-fingers when it comes to managers.”

Wanting “instant results”, most boards now sack managers after a single bad season. Manchester’s board has bucked this trend and reaped the rewards. From the day they appointed Ferguson, they were willing to back him, says Ferraro.

“The club board had the same sort of culture embedded. They bought into Ferguson’s vision. And so even though he didn’t have much success for the first three years, he was able to lead from the front.”

Ferraro says it appears Manchester United’s current board has learnt the lessons of its predecessors.

“You just have to look at the way he’s retired.”

“It’s well known he’s had a huge part in planning his own succession. That speaks to the team and culture at the club. Rather than retiring and going off into the subset, there’s a view that ‘these are the values, and we want to continue it’.”