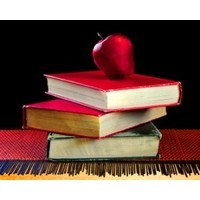 Tax deductions for self-funded study will be capped at $2000 under legislation to pay for the Gonski school reforms, making post-graduate degrees like MBAs more expensive for some, tax experts warn.

The changes come as part of $2.8 billion in announced savings from the tertiary education sector, which will go towards helping the federal government pay for a $14.8 billion boost to school funding.

Currently, there is no cap on the amount of education expenses one can claim full tax deductibility for, provided the study is in an area that aids a person’s professional development, says Peter Braine, a partner at Pitcher Partners.

“For any senior person in business, it’s quite normal to be doing courses to improve your income-earning capacity,” he says. “Some of those are in-house training and development, but some look to more structured courses like MBAs and the like as well.”

The deductions can be claimed on things like the cost of textbooks, as well as travel and accommodation expenses incurred in the course of further study. From July 2014, if the proposed legislation is passed, this could apply only to the first $2000 of expenses.

According to the government, the average claimed deduction for education expenses is half the proposed cap.

“That said, if you’re doing an MBA or another masters course, potentially you have to travel to another city to do a residential. As soon as you have to add travel and accommodation expenses, you can quickly go over the $2000 cap,” Braine says.

He stresses that a full assessment of the changes will not be possible until the draft legislation is released, as tax changes typically contain a raft of caveats about what is and isn’t affected.

“We need to watch this space. And, with an election coming up, this might all change anyway.”

The most important financial consideration for students considering an MBA is not tax deductibility, but whether or not they will have access to FEE-HELP, Manasantivongs says.

“Even for part-time students, what they’re most worried about is putting tuition on FEE-HELP and thus deferring the costs, so it doesn’t affect their immediate cashflow.”

The government is making no changes to current FEE-HELP arrangements. However, the changes to deductions have been slammed by incoming Macquarie Graduate School of Management chief Alex Frino, who told The Australian Financial Review the changes had important implications for the stock of leadership in Australia.

“I think it will significantly reduce the number of domestic students in MBA programs who would’ve been using these deductions.”

A November 2009 report by the Federal Department of Innovation, Management Matters, concluded that Australian managers lacked soft leadership skills, which it said was harming Australian productivity growth. The report recommended further executive education as a solution to this.

“I would have thought from the perspective of the Australian economy, it’s good to have workers up-skilling themselves,” he said.